Over 38,000 fines were attributed in the first 30 days of the new speed radars in Lisbon. These new 41 speed radars across the city generated at least 5.1 million euros in fines. The fines range between 120 and 1,500 euros.

Most drivers going above the speed limit were caught in Avenida Lusiada, Avenida Padre Cruz, and Avenida Infante Dom Henrique. There were 38,018 fines attributed, representing an average of 1,267 speed infractions a day in the capital.

With these values, CNN Portugal predicts that the minimum amount the new speed radars generated in less than a month is 5.1 million euros. This calculation was made with the minimum fine amount of 120 euros (serious) and 300 euros (very serious). Therefore, it is very likely that the fine value is way above this prediction.

However, the municipality of Lisbon did not want to publicize the amount generated from the fines. The entity also reminded the public that some of these infractions might belong to ambulances or police vehicles in emergencies. 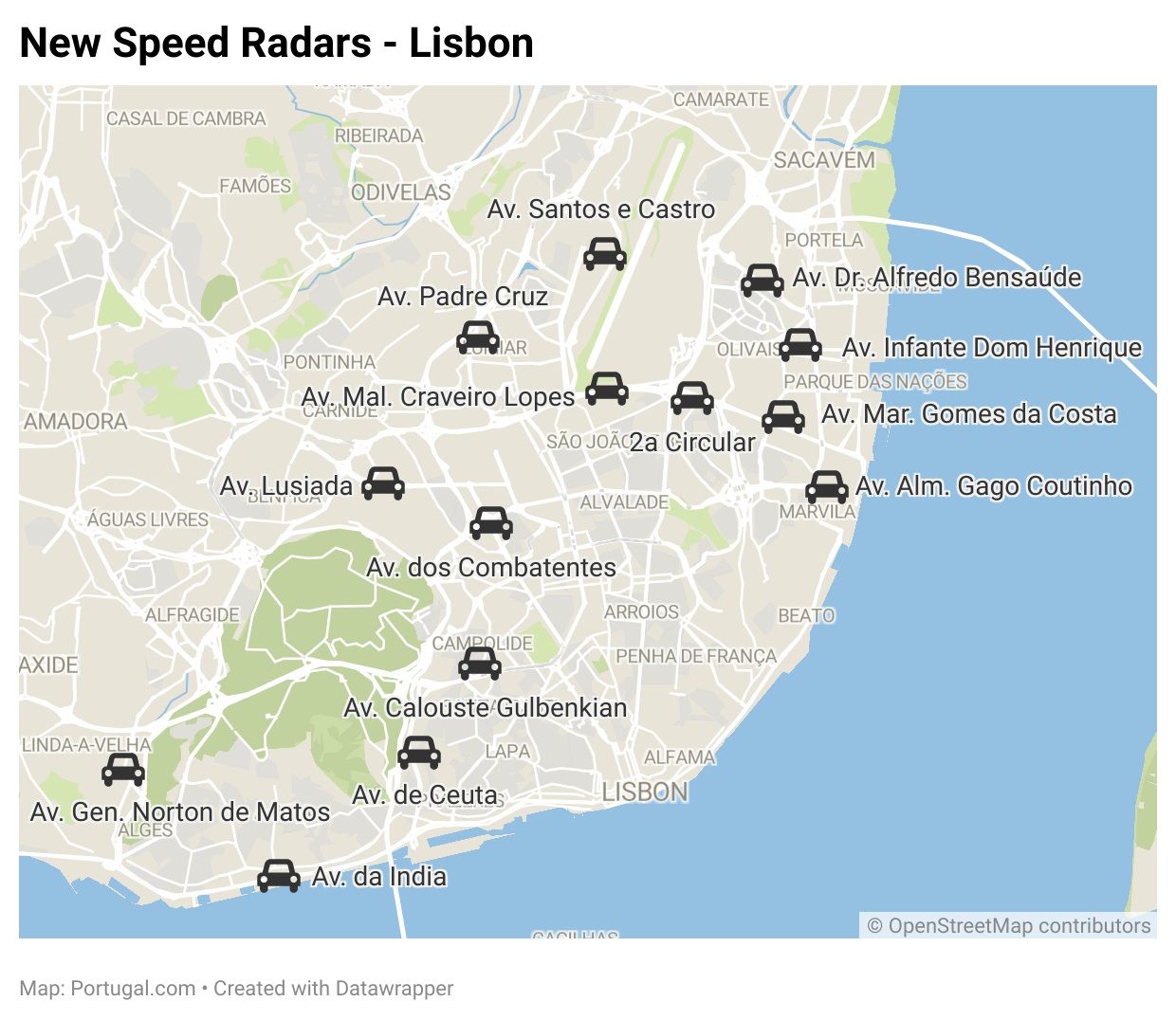 Guide to Driving in Portugal

Getting a Mortgage in Portugal