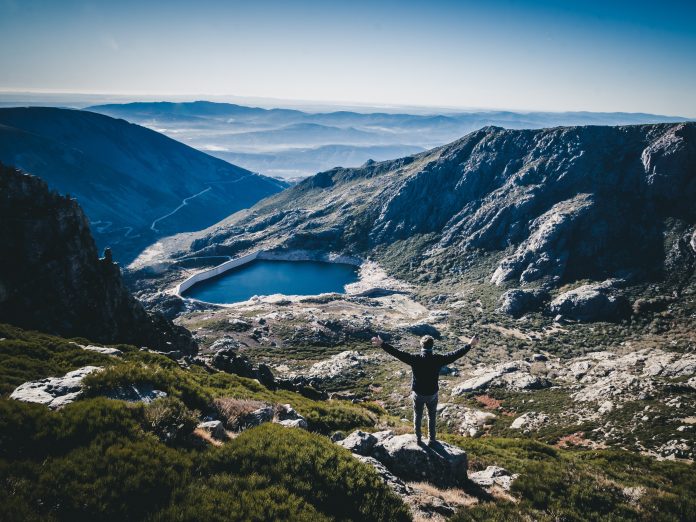 Portugal has arguably the highest share of wonders per capita. The rather small maritime state features scenic surfing beaches, rugged mountains, its unique architectural jewels, and great food and culture.  One of the best places to enjoy Portugal in all its diversity is Central Portugal, sitting right at the heart of the country. Take in its beautiful landscape, with the rugged Serra da Estrela among the most appealing snapshot spots, and its splendid towns and villages like Aveiro and Monsanto.

Make a trip to Leiria

Located close to the Atlantic ocean board, Leiria is one of the most scenic towns in Portugal. Known for its picture-perfect downtown, and the somewhat stocky squarish belfries of its prayer houses, it also features an austere cathedral, built in 1550-1557, and a grand galleried medieval castle saddled on top of a hill with some truly gob-smacking vistas opening up in front of you.

Dubbed the Venice of Portugal, the idyllic Aveiro is one of the best places to visit in Portugal. It is criss-crossed with canals, and offers a strikingly beautiful townscape with its pastel facades, eye-pleasant bridges and its painted sharp-beaked Aveiro-special watercraft. Also, don’t miss out on the delectable Aveiro specialities such as its oysters and Aveira signature tipple, its punchy Liquor de Aveiro coming in three flavors.

The capital of Central Portugal’s region, Coimbra is one of the most picture-perfect cities in Portugal. It features not only Roman-built architecture marvels such as its aqueducts and cryptoporticus but also landmarks dating back to 1131-1255, when it served as the capital of Portugal and the Middle Ages, the time of the city’s cultural flourishing.  Head to the downtown of Coimbra to take pleasure in its rather spacious sun-lit town squares and delight in the great Coimbra food & drink at its many eateries and bars. Keep in mind that its historical structures are UNESCO listed and its imposing Coimbra University is the Portuguese world’s oldest educational institution.  Also note that the pleasant youthful charm of the university town is greatly enhanced by the abundance of cozy spots to hang out at. You can have a glass outside (dry period for drinking outside is from 2am to 8am), and take a pleasant stroll through its eye-appealing downtown.

Hit the road to Monsanto

Even though Central Portugal’s cities offer a wealth of entertainment and gastronomical opportunities along with great architecture and shady parks engulfed in lush greenery, one of the best things to do in Central Portugal is going to its scenic hinterland. Travel to Monsanto, for your rural Portuguese escapade. Recognized “the most Portuguese village of Portugal ”, the scenically set village is known for its graceful clock tower, medieval castle and sturdy houses made of granite.  Don’t miss out on the ambrosial local fare and great wine from Beira Interior wine making regions such as Cova da Beira, or the world renowned, somewhat acidic tipple from neighboring Dao.

One of the best things to do in Central Portugal is to go surfing. The fact that Nazare is home to the world’s largest surf only makes it even more imperative.  Head to Nazare in summer to surf at its Praia do Nazare, the municipal beach, or venture onto Praia do Norte, whose humongous rollers strike fear into the bravest of hearts. Climb the rock with a beacon perched atop, and contemplate the dauntless surf riders speeding below.

One of the main reasons to visit Central Portugal is not just its marvelous beaches with the gigantic waves hiding some choice barrels, but also its scenic mountains. Pack up your warmest clothing, and travel to Serra da Estrela featuring Portugal’s highest point. It is here that you can unveil Portugal’s completely different second visage. The mountain range is not just its mesmeric peeks, it is also a highly tasty diet with sardines being one of its main staples. Try out breaded sweet sardines, and Juniper beef stew.  Even if just a fraction of the region’s population are Jews, it became Portugal’s top Kosher destination with local manufacturers producing kosher olive oil, wine, and even cheese. Bear in mind a legend about Serra da Estrela, described in an American classic, Moby Dick, telling of “… the prodigies related in old times of the inland Strello mountain in Portugal (near whose top there was said to be a lake in which the wrecks of ships floated up to the surface)…”

What is special about Central Portugal

Central Portugal combines not only unique surfing spots like Nazare, featuring the world’s largest waves but also Portugal’s highest mountain Range Serra da Estrela, and some of the land’s most scenic cities such as Leiria and Coimbra and idyllic mountainous villages such as Monsanto. Note that during a trip to Central Portugal you will be able to indulge not only your aesthetical proclivities but also pamper your sense of the divine arising from gastronomical penchants. Try out unique local fare and wine.

What to eat in Central Portugal?

If travelling to Central Portugal don’t miss out on the heavenly oysters from the Ria de Aveiro, the roasted skewered piglet, known as Leitao, or the renowned Portuguese specialties such as Serra da Estrela Cheese, Aveiro’s Salt Cod, or Dobrada, a tripe-like dish traditionally cooked during the annual Pig Killing festival. Also don’t fail to take a sip of the Fragrant Dao wine, from the region further to the North with a subtle bouquet which will satisfy the palate of most jaded wine-lovers.

Where to stay in Central Portugal?

Portugal has plenty of great spots where to put up. Apart from a host of great hotels, it also offers some of the world’s best surfing hostels and great campsites.

Central Portugal is a nonpareil region offering unmatched opportunities for surfing, hiking in the mountains, veritable architectural, unique gastronomical treasures and a chestful of highly delectable wines such as that from the region of Dao. Head to Central Portugal, to uncover its unique spirit at its many stunning locales.

Although during the 2008 economic crisis, the Portuguese real estate market was hit hard, today, buying property in Portugal won’t only provide you with...
Moving To Portugal

Although the positives outweigh the negatives, living in Portugal is not perfect. While many travel bloggers out there only highlight the pros of living...
Moving To Portugal

Faro is located in the Algarve region in southern Portugal and is home to a vibrant expat community. Known for its year-round sunny weather,...

5 Best Things to Do in Sao Miguel, Azores