A hot stop of religious tourism, Fátima, a city in Santarém receives around 8 million pilgrims a year. This romantic city is located one hour drive from Lisbon and is surrounded by mountainous parks and villages with stoned houses. But most tourists flock to the spiritual city as it is known for its miracles in the iconic Sanctuary of Fátima. The sanctuary even sparks the curiosity of atheists and is welcoming to all religions, not just Catholicism.

In 1917, three shepherd children witnessed the apparition of Mary, the Mother of Jesus, six times over six months. The children said that Mary, also known as Fátima told the children the “Three Secrets of Fátima”. These were apocalyptic prophecies that according to Catholic interpretations mentioned events such as World War II, the rise and fall of communism, and the assassination attempt of Pope John Paul II. Fátima allegedly told the children to spread these secrets and that sinners would need to be converted as their evil behavior was the main cause for these issues.

These events were later declared as miracles by the Catholic Church in 1930 and religious buildings were built at the site to honor them. The Sanctuary of Fátima, the reason millions visit the city yearly, is a group of Catholic religious buildings including the Basilica of Our Lady of the Rosary and the Chapel of the Apparitions which was built in the place where the three shepherd children were visited by Mary.

The most popular times to visit Fátima are on the 13th of the month between May and October when the apparitions occurred. Many Portuguese walk hundreds of kilometers to get there on these days, over 140 km from Lisbon and over 350 from Valença. Many that travel to the sanctuary are facing terminal illnesses or bereavement and looking for religious guidance. Therefore, be respectful. Do not take selfies and dress modestly.

What to do in Fátima

Fátima is not only known as a religious site but the city is also filled with cultural activities.  From lighting a candle at the sanctuary for a loved one to visiting local villages, the city has a lot to offer. Here are our favorite things to do in Fátima.

Things to do in the Sanctuary of Fátima

The main square of the Sanctuary of Fátima is huge! The perfect place to start. It’s larger than the square of the Vatican and can hold thousands of people. You can gauge the beautiful Basilica of Our Lady of the Rosary and enjoy how enormous, but yet peaceful the whole religious site feels.

2. Basilica of Our Lady of the Rosary

This Basilica, known as “Basilica da Nossa Senhora do Rosário” in Portuguese, is a limestone church built between the 1920s and 50s. It has a 65-meter bell tower and a statue of Our Lady of Fátima. at the entrance to the church. The church is decorated in Baroque style. Inside, the church has a 12,000 piece organ, 14 altars, and incredible stained glass windows.

This chapel was built on the site where the three children reported seeing Mary. It was completed two years after the sightings, in 1919. Mary allegedly told the children she wanted a chapel made there in her honor.

A religious highlight in Fátima is lighting a candle. You can purchase a candle near the Chapel of Apparitions from €0.80 to €2.70. Use it to pray or set an intention, as well as honor someone who has passed.

Things to do in Fátima outside the sanctuary

Remember the three shepherd children that started the whole thing? You can actually visit the houses where the children that saw Mary back in 1917 lived. There are two houses in the tiny village of Aljustrel, a kilometer away from the sanctuary: the “Casa de Jacinta e Francisco Marto” and the “Casa da Lucia”. The first house was where both Francisco and Jacinta died after the First World War of the flu epidemic. They lived here with their parents and three other siblings. The second house was Lucia’s house, who was the cousin of Jacinta and Francisco. Lucia survived the flu epidemic, became a nun, and lived until 2005, dying at the old age of 97.

Also known as “Gruta de Moinhos Velhos”, this cave is over 9 kilometers in extension and a 20-minute drive from the sanctuary. It is the biggest cave found in Portugal. The cave was first entered by humans in 1947. The caves are located in the Limestone Mountains, which form the Estremadura Limestone Massif.

Tickets cost €7 for visitors above the age of 12. Children under five years old can visit for free and children from 5 to 11 years old pay €4.20.

3. The Natural Monument of Dinosaur Footprints

This dinosaur track site was discovered in 1994 by João Carvalho, a member of the local archeology association. Its located around 10 kilometers from Fátima in the heart of the Serras d’Aire e Candeeiros Natural Park. The footprints are over 175 million years old and were created by sauropods, dinosaurs with small heads and long tails and necks. This place has some of the longest dinosaur tracks in the world, with the longest footprint measuring 147 meters long.

The entry fee is around €3.

This museum narrates the story of the 1917 apparitions of Mary with life-like wax figures in approximately 20 minutes. 32 scenes and 120 figures report the main episodes of these events spanning a 34 year period.

Children under 6 do not pay. Adults pay €7.75. University students and families of four minimum get a 20% discount.

Where to eat in Fátima

Fátima might be known for its faith pilgrimage, but it also has a variety of quality restaurants. Keep in mind that inside the sacred grounds there is no food available. But a few minutes away, the city of Fátima is filled with affordable local food. Before we get into listing our favorites, you’ll need to know what to order. Here are some typical Portuguese dishes and desserts to try in Fátima.

Now that you know what to order, here are our 5 favorite restaurants in Fátima.

The bill for two people will set you back around €50, but it is totally worth it.

This restaurant is only 200 meters away from the sanctuary. Although the interior is modern, they serve traditional Portuguese food. Try their “porco preto” (roasted pig) or their “Bife Cerveja Preta”, a steak cooked in a dark beer. They also have vegetarian options which are quite uncommon in Fátima.

This “tasca” (tavern) is perfect for those who want to eat a lot without spending too much, the Portuguese way. From the classic “bitoque” (thin steak) to “frango no churrasco” (barbequed chicken), you’ll find authentic Portuguese flavors.

A meal for two here will cost you around €20.

Wondering where to eat vegan food in Fátima? There are only a few restaurants in the city that are fully plant-based. Our favorite is certainly Kansha. They usually have a vegan buffet (closed because of COVID) and also offer a menu with daily specials. Kansha also has delicious vegan cakes that will make your mouth water.

A meal for two here will cost you less than €20.

Getting around in Fátima

Fátima is a small city, unlike Lisbon or Porto. Don’t expect efficient transportation here. There is a large Bus Station in the city, where buses arrive from cities like Lisbon and Porto, as well as a railway station 20 kilometers east of the city. The bus station is very close to the sanctuary.

If you are planning on traveling throughout Fátima, either rent a car or book a guided trip with transportation. Walking is feasible if you are on a budget and are looking to stay close to the sanctuary, but not recommended if you want to explore the whole city. There are also affordable taxi services everywhere.

If you are flying into Lisbon airport, the closest to Fátima, then you can book this tour for €155 where you visit the sanctuary and other attractions with private transportation included. There are also packages from Porto for €95.

Where to stay in Fátima

Fátima has something for every traveler’s budget. From petite guesthouses to affordable four-star hotels, the city has a lot to offer. Let’s take a look at our 5 favorite hotels in Fátima.

This four-star hotel is a 2-minute walk from the sanctuary. Hotel Santa Maria has a modern interior, spacious rooms, as well as a meditation room and chapel. The terrace on the fourth floor provides amazing views of the sanctuary. You can get a double room here for €55 with breakfast included. A family room for a family of four costs €89. 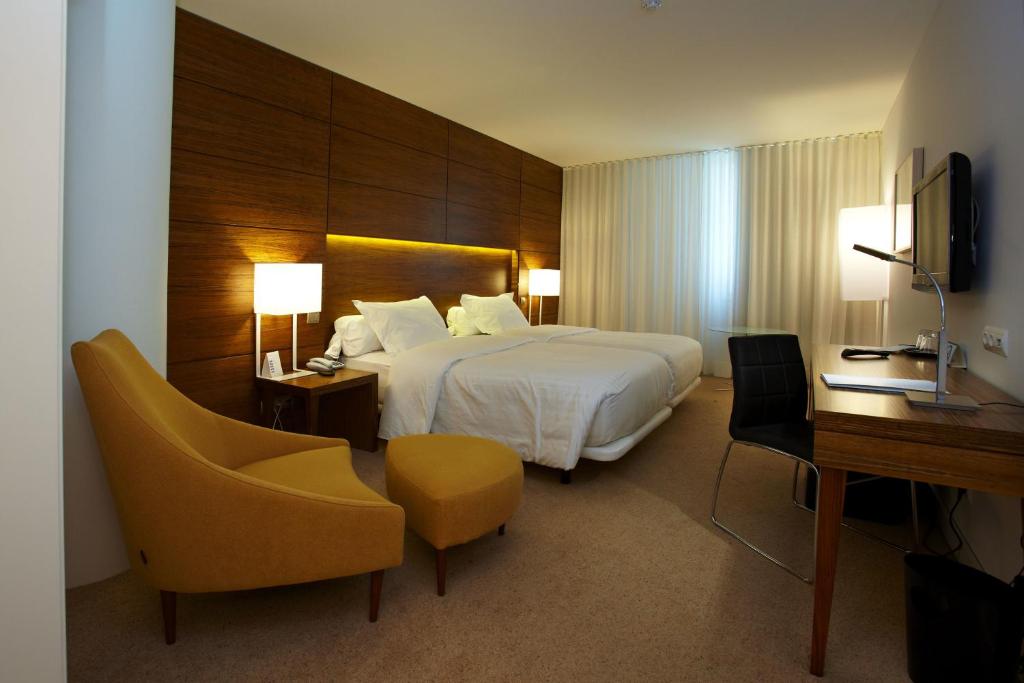 Steyler Fátima is only 100 meters away from the sanctuary. The four-star hotel has large modern rooms with terraces, a Portuguese restaurant, a chapel for praying, and even a kids club. This hotel is known for its spa with an indoor pool, sauna, and Turkish bath. You can get a double room here for €60 with breakfast included. 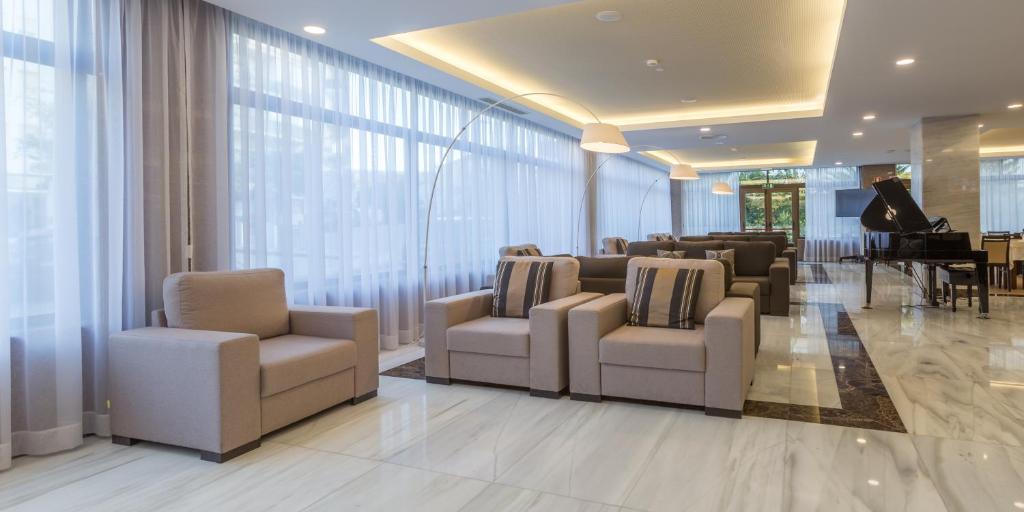 This four-star boutique hotel is less than a 10-minute walk from the sanctuary. You can enjoy the wellness center here, as well as the outdoor garden with a playground for the kids. The Restaurant O Convite offers a selection of Portuguese wines and local cuisine. You can get a double room here for €80 with breakfast included for two people. You can also opt for having dinner included as well for €135 for two people. 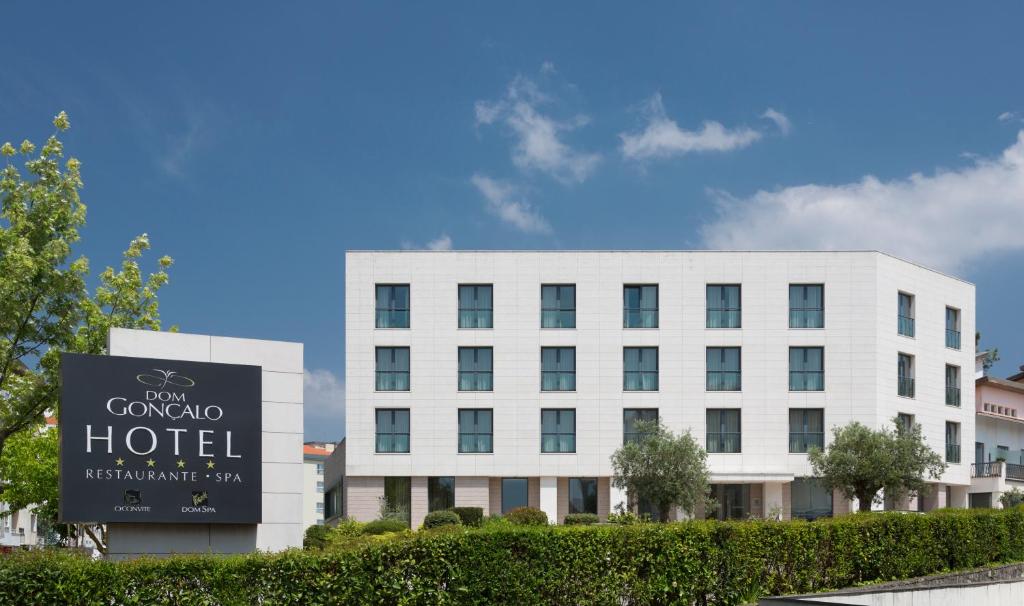 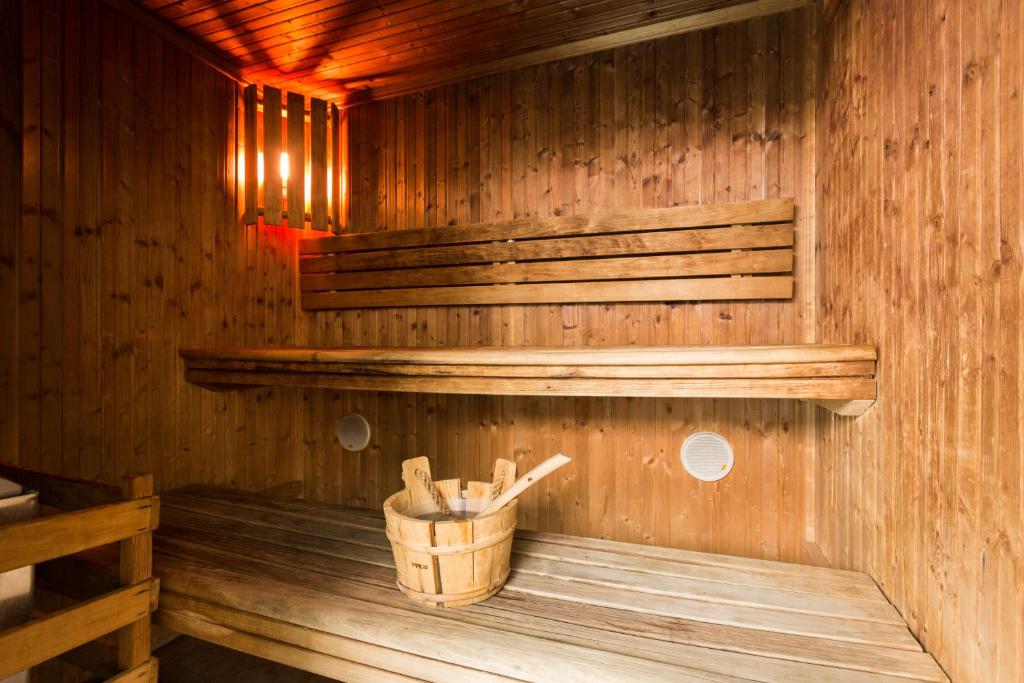 This four-star design hotel is only a couple of minutes away from the sanctuary. The hotel has a modern restaurant, an outdoor lounge area with a bar, and free parking. You can get a double room for €45 with breakfast included and a family room for three for €69. 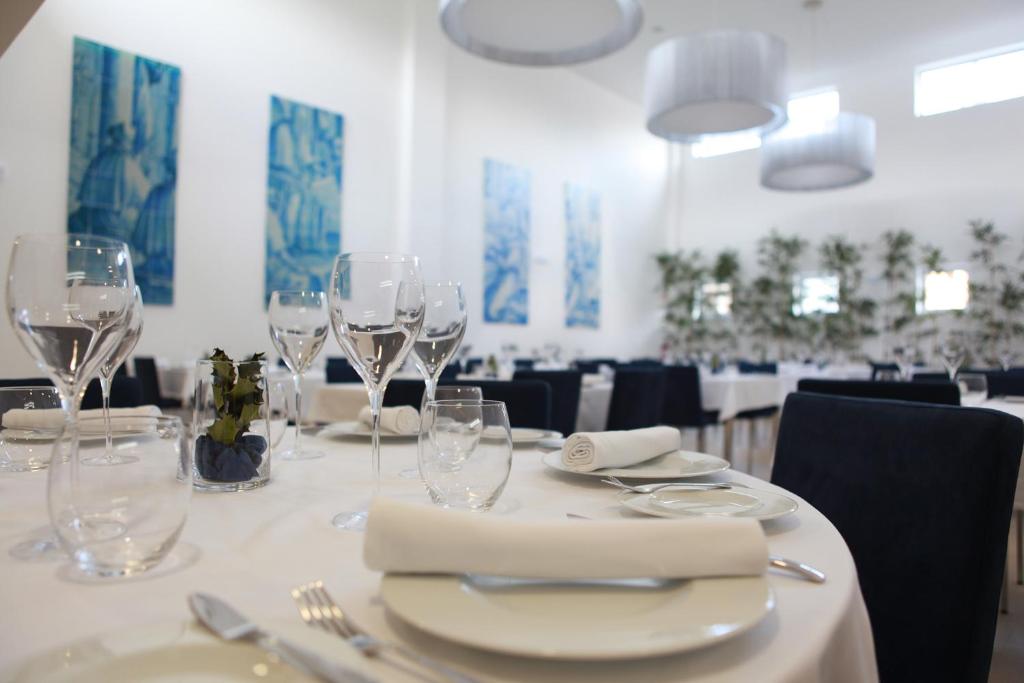 This place is great for those on a budget. You can get a private double room and bathroom for two people in this place for less than 35€. The guesthouse even has a four-bedroom apartment that sleeps 6 people for €150 a night. A single bed in a dormitory room is €15. This place is also a 5-minute walk to the sanctuary and is close to restaurants and shops. 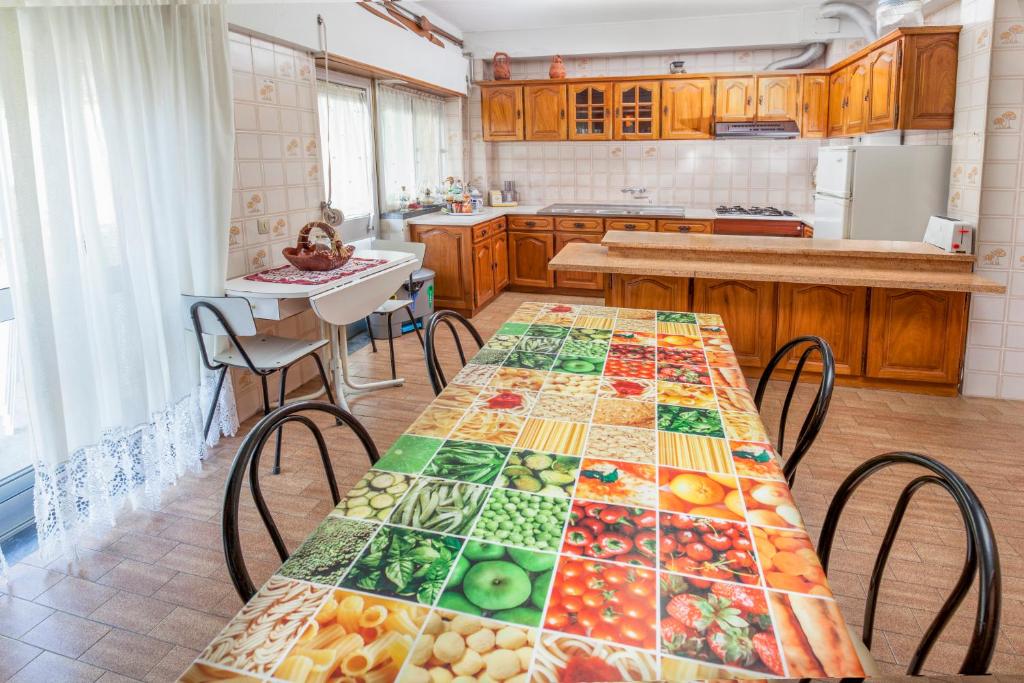 From its romantic villages with stone houses to the mesmerizing Sanctuary of Fátima, this city is a special place to visit. Even if you are not religious and think the whole miracle story is a sham, you won’t regret traveling to Fátima. You can enjoy both spiritual and non-religious activities at differing price points. Just remember, avoid the 13th of the month between May and October when the apparitions occurred to flee the crowds. And be respectful of this holy site and those around you!

Portugal is known for its 300+ days of sun and its warm temperatures. Tourists (and even locals) never associate Portugal with snowy weather or...
Region Guides

Between Lisbon and New York lies an archipelago called the Azores, made up of 9 islands. The Azores are a part of Portugal and...