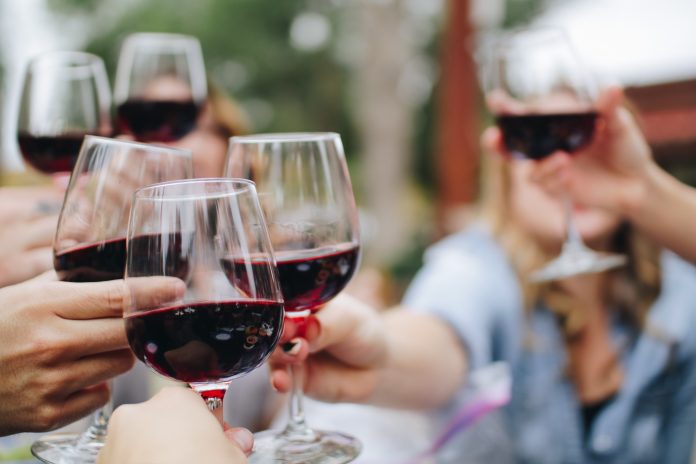 Wine has been produced in the Iberian Peninsula for a myriad of centuries, grapevine having been originally cultivated four thousand years ago by the Tartessians. Afterwards, several other peoples, such as the Phoenicians, the Carthaginians, the Greeks and the Romans, contributed to the improvement of wine production in the same region, introducing both new castes and new techniques.

During the 6th and the 7th centuries, the presence of Christian kingdoms in the Iberian Peninsula – namely the Kingdom of the Suebi or the Kingdom of the Visigoths – and the consumption of wine went hand in hand, because of the celebration of religious ceremonies. However, after the Muslim conquest of the Iberian Peninsula in the 8th century, tolerance towards wine production and consumption experienced a gradual decrease.

The High Middle Ages marked the birth of the Kingdom of Portugal, which coincided with an increase in wine production and exportation. Portuguese wines reached Northern Europe and, during the Era dos Descobrimentos (Age of Discovery), they ended up reaching the entire globe. On September 10, 1756, the Douro Wine Region came into being; in the 19th century, a phylloxera epidemic spread across the European continent, profoundly affecting Portuguese wine production; and the 20th century witnessed the delimitation of a handful of other Portuguese wine regions: Madeira, Setúbal, Dão, among others.

There are, in total, fourteen Delimited Wine Regions (Regiões Demarcadas) in Portugal, including one in each archipelago. These are:

These regions include several geographical areas whose products are certified by the European Union as DOP (PDO: Protected Designation of Origin). In turn, products registered as DOP may include not only sparkling wines, white wines, red wines, rosé wines or fortified wines, but also aguardente (literally “burning water”, a high ABV beverage which can be obtained by the distillation of wine or bagasse) and vinegar (white wine vinegar, red wine vinegar, rosé wine vinegar).

Besides, the above-mentioned list includes a couple of UNESCO World Heritage Sites: the Landscape of the Pico Island Vineyard Culture (Azores) and the Alto Douro Wine Region (Douro). In fact, the Douro Wine Region is the oldest delimited wine region in the world, having been established by the Real Companhia Velha (Royal Old Company), which was created by the Marquis of Pombal in the mid-18th century.

Portuguese wine regions are distributed throughout the whole country, and, therefore, the wine grapes cultivated in each region vary greatly according to climate and soil. For instance, while, on the one hand, Trás-os-Montes e Alto Douro and Beira Interior, respectively located in Northern and Center Portugal, are rather mountainous and prone to ice-cold winters; Estremadura and Algarve, on the other hand, are less hilly and more temperate. Still, both red and white wine grape castes are cultivated from North to South, as well as in Madeira and Azores.

When it comes to red wine grapes, a few castes are worth being mentioned: Touriga Nacional, Touriga Franca, Alicante Bouschet and Negra Mole. The first one, Touriga Nacional, is popularly known as the “Queen of Portugal”, being a native caste cultivated from Minho to Algarve. Along with Touriga Franca and among others, it is commonly used in the production of Port Wine, the world-famous fortified wine from the Douro Wine Region. In turn, Alicante Bouschet is widely cultivated in Alentejo, while the Negra Mole caste is native to Algarve.

White wine grapes, on the other hand, include castes such as: Alvarinho, Terrantez/Folgasão, Loureiro and Moscatel. The Alvarinho caste is native to Monção and Melgaço, municipalities located in the Vinhos Verdes Wine Region, and celebrated as Portugal’s finest white wine grape caste. Also, the Loureiro caste is commonly cultivated in the same wine region. In turn, the Torrantez caste, being originally from the Dão Wine Region (where it is known as Folgasão), was later introduced in both Azores and Madeira. In the Madeira archipelago, particularly, it is used in the production of another widely appreciated fortified wine: the Madeira Wine. And, finally, the Moscatel caste, particularly cultivated in the Península de Setúbal (Setúbal Peninsula) Wine Region and used in the production of Setúbal Moscatel, yet another popular Portuguese fortified wine.

As may be inferred, fortified wines (vinhos generosos or fortificados) can be obtained from both red and white wine grapes, and its production involves the following procedure: while the alcoholic fermentation is underway, winemakers add wine aguardente, both interrupting the process and, therefore, leaving more non-fermented sugar available. Because of this, fortified wines present a higher concentration of alcohol and a higher sweetness. Besides Port Wine, Madeira Wine and Setúbal Moscatel Wine, there is yet another famous Portuguese fortified wine: Carcavelos Wine, produced in the Lisbon Wine Region.

Last, but not least, rosé wines deserve an honorable allusion. Contrary to common belief, rosé (literally: slightly pink) wines are not obtained from pink wine grapes, nor are rosé wines the product of a mix between red and white wine grapes. In fact, rosé wines result from the brief maceration of red wine grapes whose alcoholic fermentation process does not come to completion. Red wine grapes are subject to a vinification process common to white wines, therefore acquiring the lightness of the latter while maintaining the fruity aroma so often found in red wines.

There isn’t a single Portuguese wine region in which rosé wine is not produced, although the best and most celebrated Portuguese rosé wine is, undoubtedly, Mateus Rosé. Invented in 1942 in the Vinhos Verdes Wine Region, it has conquered aficionados in the entire planet, bringing the name of Portugal everywhere. Its traditional bottle was inspired by water bottles used by soldiers during the First World War and its production involves the use of red wine grape castes such as Touriga Franca and Baga.

With so much variety and quality available, it’s fairly easy to see why Portuguese wine is among the best in the world!