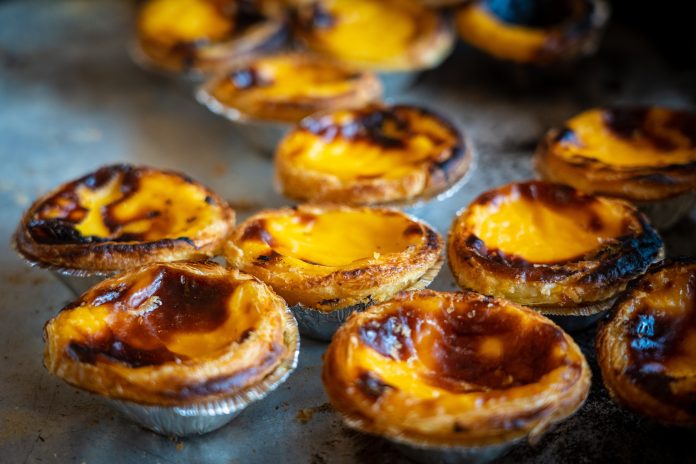 Portuguese cuisine, while long-lived and rich in flavor, also presents a degree of complexity, mixing both Atlantic and Mediterranean influences.

As such, its traditional ingredients include a variety of fishes (most notably cod and sardine), meats (especially pork, beef and poultry), vegetables (olives, potatoes, carrots and cabbage, among others), grains (rice, wheat, rye) and seafood (octopus, clams, oysters, limpets).

One the one hand, certain foods are nationally popular, being commonly consumed in Continental Portugal, Madeira and Azores. These include, for instance, the ‘caldo verde’ (literally ‘green soup’). While originally from Northern Portugal, this soup is appreciated throughout the whole country. Its main ingredient is wild cabbage (Brassica oleracea) and it’s often served with at least one slice of chorizo (chouriço). A meal consisting of caldo verde and roasted sardines is commonly eaten around the Popular Saints festivities, in June, especially in Porto and Lisbon.

Last but not least, the ‘pastel de nata’ (literally: ‘cream pastry’) and the ‘rabanada’ are among the best national pastries and desserts of Portugal. Both are usually consumed with a bit of cinnamon and the latter is a popular Christmas treat, consisting of a slice of fried bread immersed in a Port Wine, honey and lemon syrup.

On the other hand, the national cuisine of Portugal presents a wide array of regional and local foods. There’s the ‘francesinha’ (‘little Franche girl’), publicly acclaimed by Anthony Bourdain and very popular in Northern Portugal, namely Porto. It’s basically a sandwich created by a Portuguese man who spent many years in France – hence its name – and which consists of beef, sausage, ham, chesse and, often, a fried egg, immersed in a slightly spicy beer, wine, tomato, onion and pepper sauce.

In the Estremadura region, where Lisbon is located, ‘amêijoas à Bulhão Pato’ (‘Bulhão Pato clams’) is a widely appreciated dish, consisting of clams, olive oil, garlic, butter, lemon, salt, pepper and cilantro. As well, roasted sardines are a much appreciated delicacy in the capital. By the way, did you know that snails cooked in garlic and oregano are a favorite snack in Lisbon?

And who could forget about Port wine, Madeira wine, Rosé wine or Moscatel wine?…

Please, be warned: if you give Portuguese food a chance, you will cry for more!