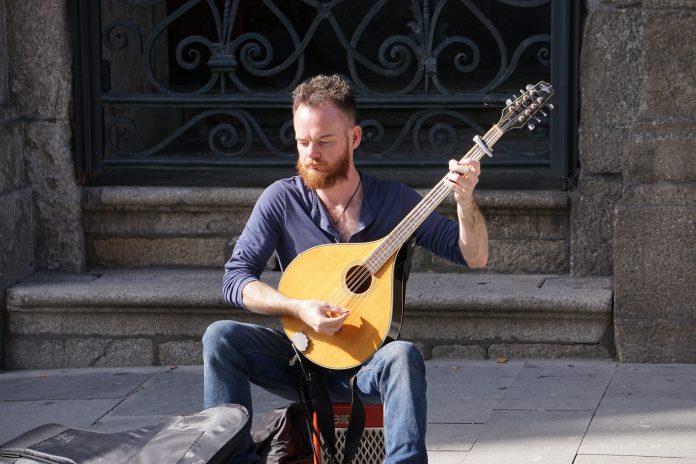 The Origins and History of Fado Music

According to the Priberam Dictionary of the Portuguese Language, “fado” refers to:

2. What has to happen, regardless of human will.

In Latin, fado is “fatum”, that is, destiny and sings of life’s encounters and mismatches, using saudade, love, melancholy, and sadness as inspiration. In contrast to this state of mind is the rhythm of the Portuguese guitar – only introduced later in the history of Fado – which transmits life, cheer and enthusiasm. Perhaps it is this contrast that makes Fado so special.

Initially, this musical style was sung in taverns and houses of prostitution, commonly known as ‘half-door’ houses. However, there is no record of Fado until the 19th century, and it only became known in the old neighborhoods of Lisbon.

Fado is not a tight musical genre, encompassing more than 140 different styles, being the originals: a capella, corrido and castiço.

If fado a capela is a type of fado without any kind of accompaniment, fado corrido – also known as fadinho – is fado sung and danced, which has its origin in a poetic genre in which everyday life stories were narrated. However, to make these stories more cheerful, its interpreters also began to sing about more laughable moments.

Fado castiço, commonly known as humorous fado, is characterized by the telling of caricatured stories.

Maria Severa, or simply Severa, was one of the personalities who most marked the history of Fado. Of gypsy origin, Severa worked in the so-called half-door houses and was often hired to sing Fado at the parties of the Portuguese high society of the time. At that time Fado lyrics tended to pass from mouth to mouth and from generation to generation.

But it was at the beginning of the 20th century that Ercília Costa was born, a fado singer almost forgotten by the vicissitudes of time, who was the first fado singer with an international projection and the first to cross the borders of Portugal.

The most popular themes in the lyrics of fado are Saudade, a word that has no translation of nostalgia, love or jealous relationships and small everyday stories.

However, with the appearance of Amália Rodrigues, new songs began to be written.

Amália Rodrigues is one of the biggest names in Fado and one of the most remarkable singers of the 20th century, having started her career in magazine theater. It is in the 1950s, and essentially through the figure of Amália, that Fado stands out and consolidates internationally. Other well-known names of Lisbon’s fado are Alfredo Marceneiro, Carlos do Carmo, Maria da Fé, João Braga and Lenita Gentil.

In the 90s, the musical panorama of Fado began to take on new contours and, consequently, new and talented protagonists. However, in the beginning of the 21st century, through names like António Zambujo, Raquel Tavares, Kátia Guerreiro, Ana Moura, Carminho, Gisela João or Ricardo Ribeiro that Fado attracted younger generations of listeners.

Internationally, this musical genre continues to gain prominence, collecting fans from all over the world. Mariza is currently the featured voice, earning several awards and distinctions.

The so-called “typical” fado is nowadays sung mainly for tourists, in “fado houses” and with the traditional accompaniment. The most traditional fado houses are found in the typical neighborhoods of Alfama (Clube de Fado, Mesa de Frades and Parreirinha de Alfama), Bairro Alto (A Severa – opened in 1955, Adega Machado – founded in 1937, Café Luso – founded in 1927 and O Faia – founded in 1947 by fado singer Lucília do Carmo, mother of Carlos do Carmo) and Madragoa (Senhor Vinho – founded in 1975). It keeps the characteristics of the early days: singing with sadness and feeling past and present sorrows.

Getting a Portuguese Driving License

Although the positives outweigh the negatives, living in Portugal is not perfect. While many travel bloggers out there only highlight the pros of living...
Moving To Portugal

Faro is located in the Algarve region in southern Portugal and is home to a vibrant expat community. Known for its year-round sunny weather,...
Moving To Portugal

Getting a Portuguese Driving License