The Portuguese parliament has approved on Friday, April 29 the State Budget 2022, after two days of debate. The Socialist majority government’s proposal passed with votes against from the Social Democratic Party (PSD), Enough (Chega), Liberal Initiative (IL), the Portuguese Communist Party (PCP), and the Left Bloc (BE). The two members of parliament from Livre and PAN abstained. Due to the Socialist Party’s (PS) recent majority in parliament with 117 seats, the party was able to pass the state budget without needing the support of other parties. Before the January 2022 General Election, the state budget was rejected as PS did not hold a majority.

PS states that their state budget is directed at uplifting the middle-class and young people, many arguing it is the most left-wing state budget in Portuguese history. They want to invest further in public services such as the National Healthcare Service (SNS) and education, as well as increase the minimum salary, combat climate change, and tackle inequality. The state budget is hundreds of pages long so we have got you covered with an overview of the most important points.

Although the state budget has been approved, until the end of May, minor alterations can still occur such as amendments but the budget is expected to remain mostly the same. 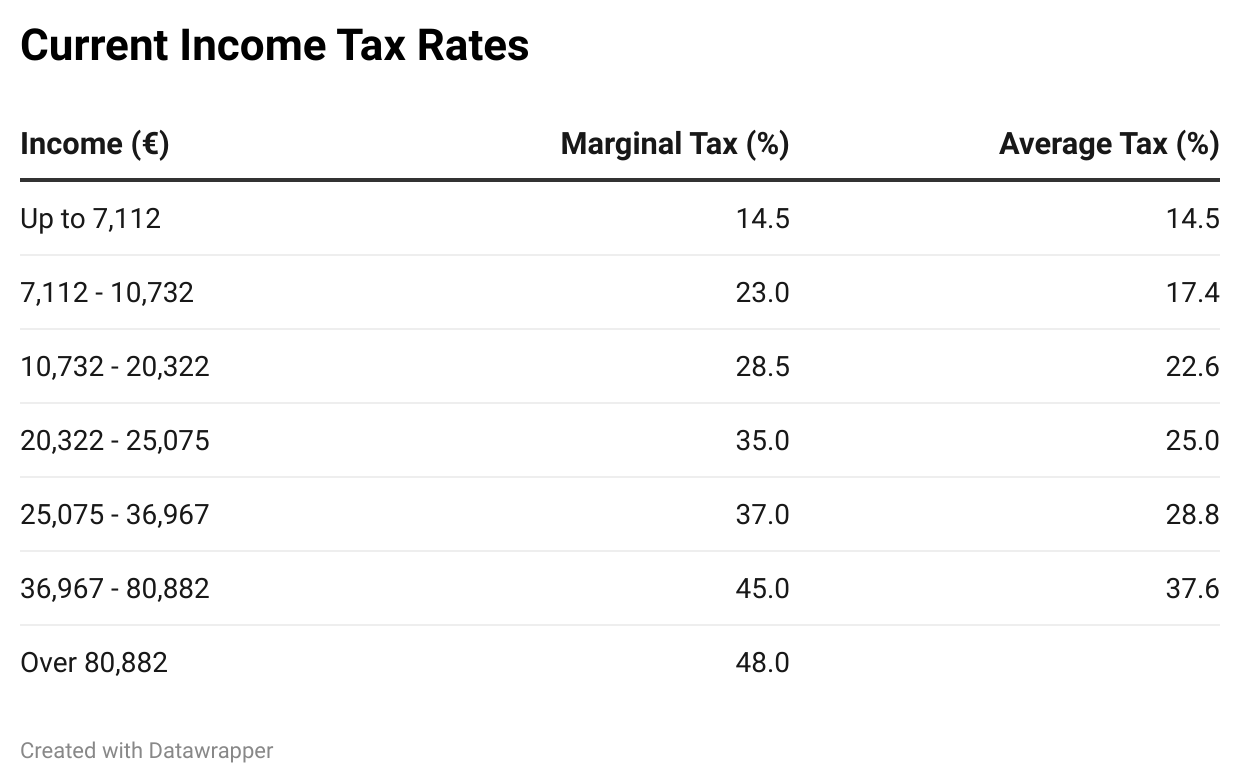 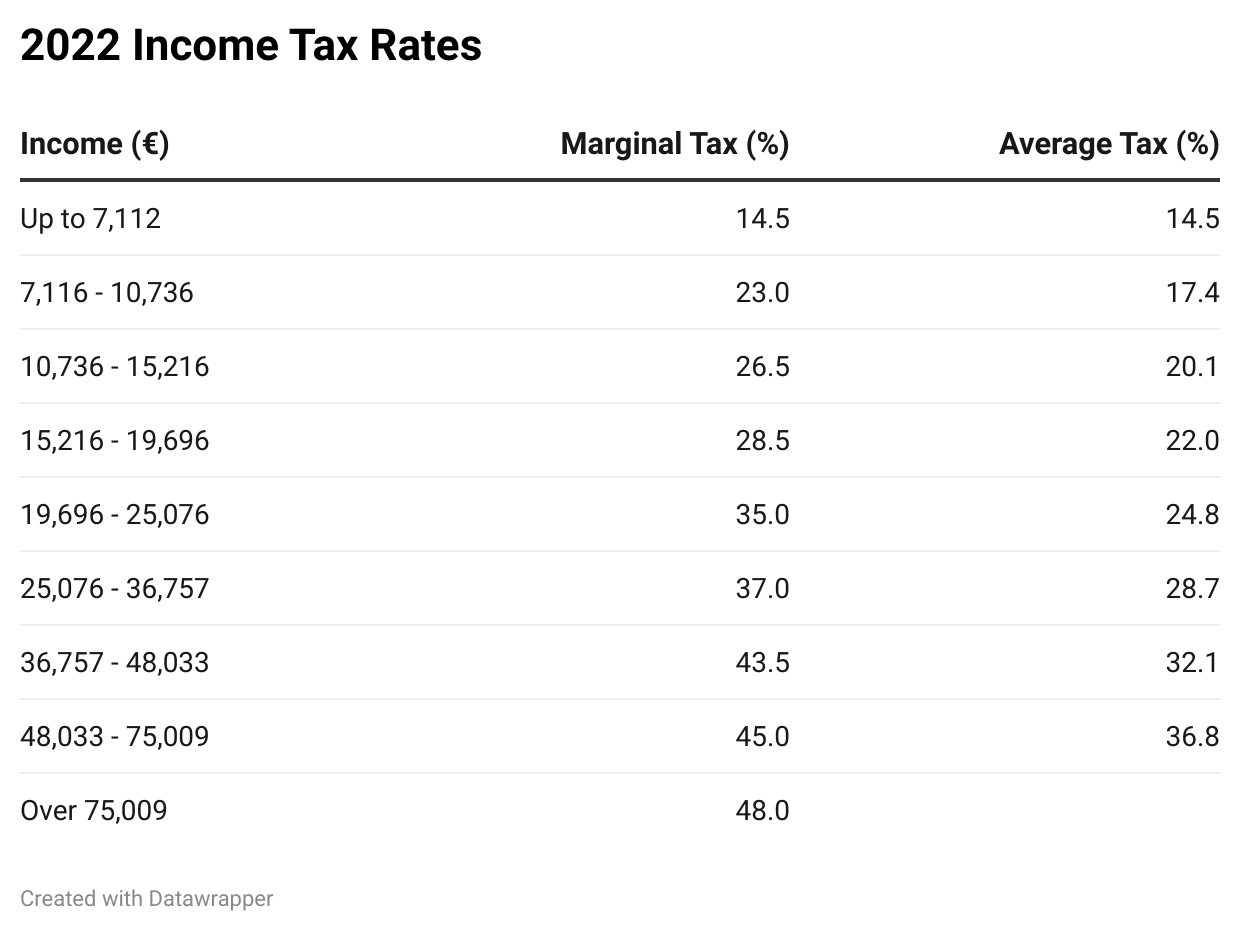 Impact of Portuguese State Budget 2022 on Expats and Internationals

The Socialist Party believes that immigration is necessary to sustain the development of both the Portuguese economy and the positive change in demographics. The party states they want to continue with progressive immigration policies that reflect their values of tolerance and openness, one that the budget arguably reflects. Although this was decided prior to the state budget, the Portuguese Foreigners and Borders Service (SEF) will be replaced by the Portuguese Agency of Migration and Asylum (APMA). It will no longer act as a law enforcement institution, but rather one of an administrative function. The party also wants to create a digital platform for immigrants to reduce the bureaucracy that Portuguese administrative functions are known for. This platform would make applying for a visa and uploading documents easier. PS also wants to simplify the types of visas out there and the complicated processes for each one, so that the overall immigration process runs more smoothly.

Regarding the Portugal Golden Visa, there are no plans to abolish it. However, since January 2021, those looking to be eligible for a Portugal Golden Visa can no longer purchase property in Lisbon and Porto, only some parts of the interior of the country. It is still possible that more restrictions or a total ban could occur. However, this is unlikely to happen in the next year(s).

The Social Democratic Party was founded in 1974 and is a center-right party with both conservative and liberal economic ideologies. It is the second-largest party after PS. PSD argues that the state budget will reduce the purchasing power of the population due to inflation. The leader of PSD Rui Rio calls this an austerity measure through inflation saying, “if as proposed salaries only increase by 0.9% when inflation in the eurozone has surpassed 7%, it’s clear that salaries will lose at least 4% of their purchasing power for 2022”.

A far-right and nationalist party, ENOUGH was founded in 2019 by the leader Andre Ventura. This party believes that people living off social benefits are “leeches” of the state who do not want to work. They campaign for life imprisonment (which is not legal in Portugal), as well as chemical castration for child abusers. Chega believes that “Portuguese people will lose income” and that the budget “is a return to austerity”.

The Liberal Initiative was founded in 2017 and is the first liberal party in Portugal. Led by João Cotrim Figueiredo, the party focuses on the individual rather than the collective. IL campaigns for right-wing economics such as reducing taxes and promoting a flat income tax for all, as well as less “dependence” on social welfare. The Liberal Initiative (IL) argues that the State Budget for 2022 is failing young people, public workers, pensioners, and companies, seeking alterations to neutralize the impact of inflation.

Led by Catarina Martins, the Left Bloc is a feminist, ecosocialist, and anti-racist party that from 2019 until 2022 functioned as an opposition force. BE wants to allow immigrants and residents in Portugal to vote in parliamentary elections, reduce transport prices, as well as fight job insecurity and raise the minimum wage. The leader of the Left Bloc, Catarina Martins has said that “Shutting up the right with a right-wing program is the opposite of a leftist budget”, accusing Prime Minister Antonio Costa of “repeating the old mantras of the right”.

Led by Jeronimo de Sousa, PCP follows a Marxist-Leninist, communist, and anti-fascist ideology. The Portuguese Communist Party has voted against the state budget proposal arguing it is the same one as before and that it does not favorƒp workers and value their salaries. Jeronimo de Sousa said, “Inequalities and injustices, dependency and submission to external impositions, delays, and structural failures. None of this seems to justify a global response”.

PAN was founded in 2009 and became known for fighting for animal rights, as well as environmental justice. The party holds ecofeminist, animalist, and progressive ideologies. PAN’s only member of parliament Ines Sousa Real has abstained but has seven pages of measures approved in the document that address the climate crisis. However, she argues the budget does little to reduce the country’s dependency on fossil fuels, as well as make public transport free to reduce emissions.

FREE, also known as Livre, was founded in 2014 by Rui Tavares. FREE’s ideology is ecosocialist, pro-European, feminist, anti-racist, and progressive. The party became known for supporting a trial of the Universal Basic Income, where every citizen would receive a sum of money to eradicate poverty. The only member of parliament from Livre, Rui Tavares abstained and called for a more ambitious state budget that rather than “repeating formulas from 2021, faces the crisis head-on”.

Why did the State Budget 2022 take so long to pass?

On October 27, 2021, the state budget for 2022 proposed by the Socialist minority government was rejected in the assembly, as all other parties voted against it, even left-wing ones such as the Left Block (BE) and the Communist Party (PCP). The left felt like the state budget plan was too moderate and did not go far enough to tackle inequality and protect workers’ rights. In contrast, right-wing parties such as the Social Democratic Party (PSD) and the Liberal Initiative (IL) felt like the plan would not alleviate the tax burden on individuals and corporations and that there should not be an increase in investment in public services. In turn, in November of 2021, the President of the Republic, Marcelo Rebelo de Sousa announced snap elections set for January due to the collapse in the governing center-left/left alliance.

Then, on Sunday, January 30, 2022, Portugal held an early general election to elect 230 members to the Assembly of the Republic. The Socialist Party won a majority with 117 seats in the assembly, winning 9 more seats than in the last election. The new government entails a Socialist majority so the Socialist Party does not need to form a coalition with other parties. Now, with a majority, the same state budget has been able to be approved in parliament.