The Portuguese Revolution of 5 October 1910

By 1910, the monarchy’s power was dwindling. From the King’s assassination in 1908 to the 1890 British ultimatum, there was widespread disapproval of the monarchy. The people wanted the kingdom to adapt to modern times and the monarchy was no longer looked upon as a symbol of hope.

Instead, the Republican Party was gaining popularity, presenting itself as having the ability to improve Portugal and proved successful in the 1910 revolution.

Let’s take a look at what paved the way toward the abolishment of the monarchy, the 1910 revolution in more detail, and its aftermath.

Background: Critiques of the Monarchy & the Portuguese Republican Party

The Kingdom of Portugal was not looking good, nor were people’s views of the monarchy. This became apparent in 1890 with the British Ultimatum. This was when the British government sent the Portuguese an ultimatum, demanding that they retreat from the Pink Map project.

The Pink Map project was Portugal’s claim of sovereignty over the lands between Angola and Mozambique.

Portugal complied rapidly, leading the people, as well as the elite, to feel humiliated about the country. On top of that, a financial crisis arose which even worsened the disapproval of King Carlos I started.

At this time, the Republican Party was growing. Republican candidates were voted for in the government elections in 1890. These hugely disapproved of the monarchy and the King. Members of the public began supporting the party.

The Portuguese Republican Party was created in 1876 and had as its main objection to overthrowing the monarchy. There were issues within the party, with members disagreeing about the internal politics and ideology.

However, the party decided it wanted to distinguish itself from the Portuguese Socialist Party which was more geared toward the rights of the working class.

Rather, the Republican Party replaced a more socialist attitude in favor of more simple democratic principles, with the help of Teofilo Braga. This allowed the party to attract the small and medium bourgeoisie, which was one of the largest groups supporting the republicans.

Antonio Jose de Almeida was a student at the University of Coimbra at the time and published an article criticizing the king, leading to his imprisonment. This man would one day become President of the Republic in 1919.

On February 1, 1908, a major event happened that consolidated the path toward the revolution two years later. While traveling to Lisbon from Alentejo where King Carlos I and his eldest son were vacationing, these two were killed.

They traveled on an open carriage and when greeting the crowd at Lisbon’s Commerce Square, a group of men shot them both multiple times.

Two of the attackers, Manuel Buica and Alfredo Luis da Costa were killed, while others escaped.

Portugal was left without a King and his heir.

The 1910 Revolution in Portugal

After years of turmoil and disapproval of the monarchy, on October 3 1910 the Republican uprising took place in Lisbon. At first, many republicans did not want to take part in the uprising, however, enough participated to be successful. There were nearly two thousand armed soldiers and sailors rebelling between October 3 and 4.

The government was expecting military help from other parts of the country on October 4, but this never arrived. The rebels had also managed to control the military so that they would not receive this help.

They disconnected telegraph lines and cut communication with units outside of Lisbon, so these never received the orders. Rebels also cut off railway tracks so that troops outside of the capital could never arrive on time. While it was still possible that the military from Setubal could arrive, the rebels were able to control the Tagus rivers with their ships.

The military was not able to fight the rebels, having to declare the Republic and fall of the monarchy at 9 am of the next day in Lisbon’s City Hall by republican Jose Relvas.

There were many casualties in this revolution, it was not a peaceful one. From bombings and shootings, many did not sustain their injuries. However, it is not known how many people died in the uprising.

After the proclamation of the Republic, a provisional government was nominated by the members of the Portuguese Republican Party. They would govern Portugal until a new constitution was approved.

The provisional government was led by Dr. Joaquim Teofilo Braga as President. The other men that made up the government were:

The new provisional government took important steps that made it distinctive from the government under the monarchy. They made operations with the victims of the monarchy and pardoned anyone prosecuted for crimes against the state or religion.

The government also closed down convents, prohibited religious teaching in schools, and adopted secularization. Divorce was even allowed, as was the equality of marriage rights of men and women. The Catholic church no longer held the power it once did in government which was met by great anger.

Press laws were altered with less censorship and noble and royal titles were eliminated. A major step toward labor rights was started, the right to strike. Overseas colonies were granted more autonomy, while colonization remained.

Perhaps the largest symbolic change in Portugal were the new national symbols. The national anthem and flag were altered, and the escudo, a new currency was adopted. 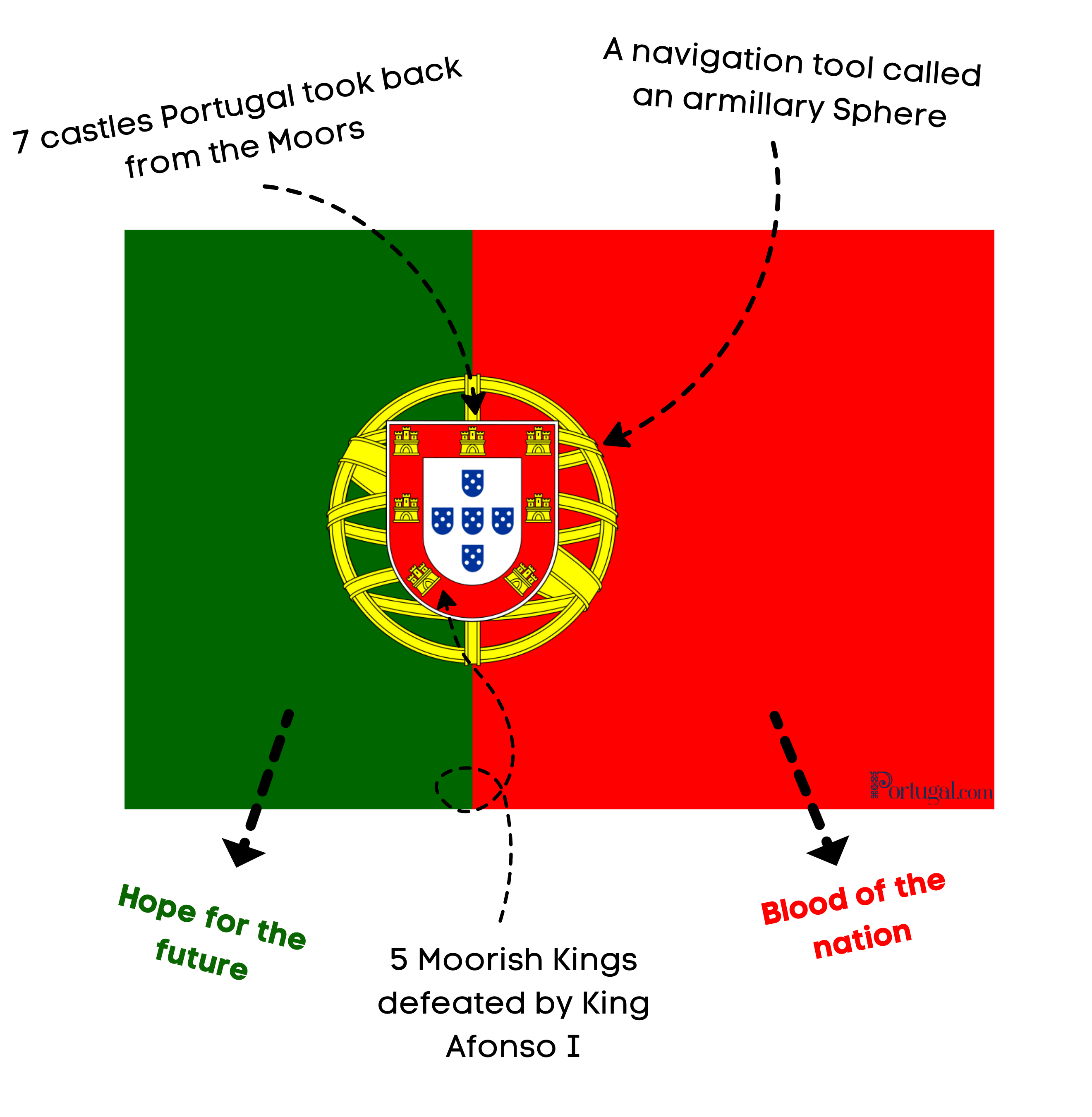 The provisional government had power until June 19, 1911 when the National Constituting Assembly was launched after an election. The Political Constitution of the Portuguese Republic was approved two months late.

The first constitutional president of the Republic was also elected, Manuel de Arriaga on August 24. The provisional government resigned after more than 10 months, and the start of the First Portuguese Republic began.

The First Portuguese Republic lasted sixteen years and saw eight presidents. In Portuguese history, it signifies a transition between the Kingdom of Portugal under the monarchy and the dictatorial Estado Novo.

The Presidents of the First Portuguese Republic

The First Republic ended with a Coup d’etat in 1926, called the 28 May Revolution. This revolution was a military coup of a nationalist ideology that put an end to the First Portuguese Republic.

It essentially started almost five decades of authoritarian rule under the Ditadura Nacional (National Dictatorship) that would in 1933 lead to the Estado Novo. The Estado Novo only ended on April 15, 1974, with the Carnation Revolution.

5 Castles To Discover in Portugal’s Interior