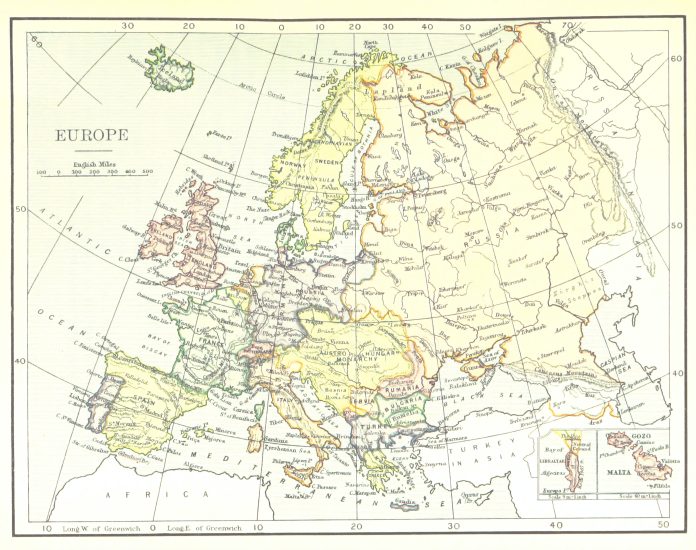 The Portuguese Colonial Empire was one of the longest-lived empires in European History. Starting in the beginning of the “Age of Discovery”, with the conquest of Ceuta in 1415, it lasted until 1999, with the transfer of Macau to China.

The Start of the Colonial Empire

The country built a vast empire, having territory all over the world, from South America to Oceania. It started with the exploration of the Portuguese coast and subsequent conquest of cities in the Moroccan coast, with the desire to continue the Reconquista in the North of Africa.

The Portuguese sailors then started to explore the open sea, discovering the Atlantic islands of the Canaries, Madeira, Azores and Cape Verde, using new technology for navigation and cartography. Then, the coast of Africa was explored, where they set trading ports, and in 1488, they finally rounded the Cape of Good Hope, in South Africa. This opened the path to, in 1498, the adventure of Vasco da Gama to reach India by a maritime route, getting access and then dominating the trade of spices from India to Europe.

In 1500, they reached South America and started the colonization of Brazil, which would then become their largest colony and now the Portuguese-speaking country with the largest population.

With the empire they created, the Portuguese also created an evil that would linger in this world and to which the consequences we still see today: the Transatlantic Slave Trade.

Moved by the profit motive and the lack of indigenous Americans to do the hard work, the country started a practice called the ‘Triangular Trade’. They would take some products made in Europe and sold them in Africa to buy enslaved people, that they would transport to Brazil to work on plantations and mines, and these products were then sent back to Europe to sell.

In 1526, they did the first transatlantic slave voyage, from the Coast of Africa to Brazil. This set the example for other European powers to do the same on their colonies, soon becoming a generalized thing.

Estimates suggest that about 12 million to 12.8 million Africans were transported in this way to the Americas, in 400 years, with around 2 million losing their lives during the trip and many more being killed after they arrived.

This practice, besides the horrors it created back in those days, had effects that we still see now, almost 500 years later. Slavery started to be seen as a racial division, since most of the slaves were African people. When the years started to pass, justifications started to arise (such as eugenics and even religious ways of justifying it), which was the basis for racism as we know it today.

Even though they abolished slavery in all of the empire in 1869, they maintained the practice of “indigenous contract laborers”, who were in all except name slaves, until the end of the dictatorship.

They continued to explore and look for trade around the world, from Africa, passing through Arabia, and reaching Japan, where they built the city of Nagasaki. Several outposts were made along the way, many of them having developed into colonies, such as Goa, Daman, Diu and East Timor.

This made the Portuguese economy grow a lot, with the overseas commercial network and colonial trade accounting for about 1/5 of the Portuguese national income.

The Empire started to decline, however, when the Dutch, English, and French got in the colonial and trading game. They started to surround or conquer the scattered Portuguese trading posts and territories, diminishing their power. It is usually said that the Portuguese were great at finding things, but awful at keeping them.

On the Battle of Alcácer-Quibir, in 1578, when Portugal, under King Sebastian, tried to conquer another North African city, they lost their king. The country became a part of a dynastic union with Spain that lasted until 1640, when it finally gained its independence again.

This started the thought known in Portugal as “Sebastianism”, the belief that King Sebastian would one day return, in a foggy day, and bring Portugal back to its former glory. It is still used today to represent the nostalgia the Portuguese people have over they “had” and the belief that today they are “nothing”.

After that, the country never became the great power it once was. It lost several colonies (including its largest one, Brazil) and trade routes, it saw its capital being destroyed by an earthquake in 1755 and it was occupied during the Napoleonic Wars.

From then on, Portugal was a minor power in Europe, having just some colonies in Africa and Asia and never becoming an economic powerhouse.

The British Ultimatum, in 1890, when the British threatened Portugal with war over their ambitions regarding the territories between Angola and Mozambique, and the Monarchy ceding to the pressure was one of the biggest reasons for the overthrowing of the King and the creation of the First Republic in 1910.

After this regime went down, the Estado Novo gave a huge importance to the colonies, renaming them to “overseas province”, as a way to soften, but retaining the regime of quasi-slavery of forced indigenous labor while spreading the ideology of “Pluricontinentalism” and “Lusotropicalism”.

These were, first, the belief that Portugal was a transcontinental country, a single unitary nation, not a colonial empire, and second, that the colonization made by the Portuguese was better than the other European nations, since they came from a warmer climate and were themselves a miscegenation of several peoples, which made them more humane, friendly and adaptable to other cultures.

All of this made the regime wage a brutal Colonial War against the colonial peoples who were trying to get their independence.

This lead to the end of Estado Novo and the 25th April Revolution, which has as one of their main points of action to decolonize. This led to a hasty decolonization of Portuguese Africa, making many of the countries enter a civil war and to the 1975 invasion of East Timor by Indonesia, to which the subsequent Portuguese governments were vehemently opposed to.

The rapid decolonization lead to a huge refugee crisis of nearly all of the Portuguese settlers, and many other people from the former colonies, to Portugal. These were known as the “retornados” (the returnees) and they numbered over 500,000 people.

Only Macau remained part of the country (with Goa, Daman and Diu already being taken over by India before the Revolution) due to an agreement with China to slowly transfer the city to their rule, which happened in 1999.

Today, the only “overseas provinces” that remained were the Azores and Madeira, due to their overwhelmingly Portuguese populations, regardless having been some independence groups in the regions during the Revolutionary period. However, the government changed their name to “autonomous regions” and gave them a set of special powers and institutions.

Portugal has had a dark past, with their colonial empire and all the atrocities it gave rise to. Today, the country is trying to move forward, but there is a long road ahead…

Guide to Starting a Business in Portugal

How to Get Portuguese Citizenship

Guide to Starting a Business in Portugal

If you're looking to start a business in Portugal, you are not the only one! The majority of global investors are confident in Portugal,...
Activities and Experiences

The oldest country in Europe, Portugal's cultural heritage is vast and there is so much history to explore particularly its World Heritage Sites. Portugal...
Travel Information

How to Get Portuguese Citizenship

Under the Passport Power Rank, Portugal ranks number 3 for being the most powerful passport, along with other countries such as Switzerland and Belgium....

Marcelo says welcoming refugees is an obligation of “Portuguese society”