The History of Portugal 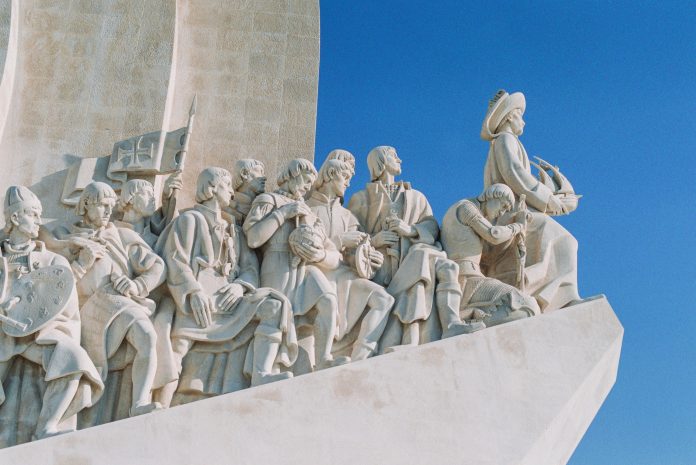 HOW TO UNDERSTAND PORTUGAL

I think that you can only have the full experience that a country has to offer when you understand the things that you see in it. The monuments, the streets, the people. And you can only do that by knowing its history.

Portugal is one of the oldest countries in Europe. It’s history is the combination of the story of Iberian tribes, Celtic peoples, the Roman Empire, Germanic kingdoms, Muslim invasions and the consequent Christian Reconquista, and finally, of the Exploration of the World.

To know the history of Portugal is to know the mentality and mindset of the Portuguese. Is to understand the streets that you will walk through when you visit it, the beautiful monuments you will see in every corner, the tales told in the ‘azulejos’ of the Churches and the houses.

And that history starts many ages ago, when the so-called Iberian tribes inhabited the territory of today’s Portugal. Then, in the beginning of the first millennium BC, Celtic tribes invaded and intermarried with the local Iberians, creating what is now known as the Celtiberians.

The Lusitanians, who inhabited the interior region of Portugal since the Iron Age, are considered the forefathers of the Portuguese nation. This is why today we have names like Lusophone, someone who speaks Portuguese, or Luso-American, a Portuguese American person. They were known for successfully fending off the Roman armies until the death of their leader, Viriathus, known as a hero in Portugal.

The tribe was considered a worthy adversary by the Romans, so much that they named the province of the whole territory of modern Portugal (south of the Douro River) and part of western Spain after them.

The Romans left various works, such as baths, temples, bridges, roads, theaters and statues, some of them are still found in the different parts of the country.

This lasted until the Barbarian invasions, when Germanic tribes migrated to various parts of the Roman Empire. In Portugal, the territory became controlled by the Germanic in the 5th century. The Kingdom of the Suebi controlled Galicia and the North and Center of Portugal, while the Visigothic Kingdom controlled the rest of the Iberian Peninsula, including the rest of Portugal, until eventually conquering the Suebi and, consequently, the whole of Iberia. This is when the rigid class structure appeared in the country, with a Nobility and Clergy getting more and more political and social power.

In the 8th century, the Islamic Umayyad Caliphate invaded the Iberian Peninsula from the North of Africa. Al-Andalus, the Islamic name for the Peninsula, became a part of the Caliphate, and Portugal with it. The Portuguese kept lots of things from their Muslim past, like many of their words, architecture and the famous ‘azulejos’.

The Christians held on in the North of the Peninsula, creating the Kingdom of the Asturias. This was until the Reconquista, when they reconquered the lands from the Moors, the Muslims.

Henry’s son, Afonso Henriques, proclaimed himself King of Portugal in 1139 with Guimarães as its capital. This city remains known until this day as the “Cradle of the Nation’ by the Portuguese.

However, it was only in 1179 that a papal bull officially recognized Afonso I as king. The Reconquista continued with the Algarve, the south of the country, finally being conquered in 1249, and Lisbon becoming the capital in 1255. Since then, Portugal’s land borders have remained almost unchanged, being considered one of the longest standing borders in Europe.

The Kingdom of Portugal remained very important in Europe’s (and especially Iberian) politics, waging several wars against Spain, creating an alliance with England (the longest standing alliance in the world, lasting until today) and starting the “Age of Discovery”.

In this Age, the country built a vast empire, having territory all over the world, from South America to Oceania. They started by exploring their coast and adventuring into the Moroccan coast, hoping to continue the Reconquista to the North of Africa. Then, the Portuguese sailors started to adventure into the open sea, when they discovered the islands of the Canaries, Madeira, Azores and Cape Verde. Subsequently, the Portuguese explored the coast of Africa, setting trading ports, and tried to discover the maritime route to India, which they did in 1498, under the explorer Vasco da Gama.

They continued to explore and look for trade around the world, from Africa, passing through Arabia, and reaching Japan, setting several outposts, many of them having developed into colonies later on. In 1500, they reached South America and started the colonization of Brazil.

The Empire started to decline, however, when the Dutch, English, and French got in the game. They started to surround or conquer the scattered Portuguese trading posts and territories, diminishing their power. On the Battle of Alcácer-Quibir, in 1578, Portugal lost its king, becoming part of a dynastic union with Spain that lasted until 1640, when it finally gained its independence again.

After that, the country never became the great power it once was. It lost several colonies (including its largest one, Brazil) and trade routes, it saw its capital being destroyed by an earthquake in 1755 and it was occupied during the Napoleonic Wars.

From then on, Portugal was a minor power in Europe, having just some colonies in Africa and Asia and never becoming an economic powerhouse.

Then, in 1910, due to corruption, dissatisfaction with the several Kings and the loss of claimed African lands to the English, the monarchy ended and a Republic was created. Fiercely secular, to the point where it was antichurch, filed with corruption, government instability and near to bankruptcy, the regime came to an end with a military coup in 1926.

A military dictatorship was installed and then, a fascist-like regime, the ‘Estado Novo’ (‘New State’), headed by António de Oliveira Salazar. This period was marked by authoritarianism, lack of freedom and, from 1961, by the Portuguese Colonial War.

All of this ended when, in April 25th 1974, the Carnation Revolution happened, carried out by the Armed Forces Movement (Movimento das Forças Armadas – MFA), a movement of young left-leaning captains of the Portuguese Armed Forces. With the Revolution, democratic reforms were made and the first free elections with multiple parties happened, as well as the independence of all of Portugal’s colonies.

It also started the PREC (Processo Revolucionário Em Curso – Ongoing Revolutionary Process), a period when conservative and left-leaning forces inside the MFA confronted each other, marked by political turmoil, violence, instability, and the nationalization and expropriation of private lands. It came to an end on the 25 November 1975, when the MFA moderates appeared as the main force.

Nevertheless, revolutionary achievements were not forgotten, with the Constitution pledging until this day to realize socialism, as well as declaring extensive nationalizations and land seizures as irreversible, many, however, now overturned.

Nowadays, Portugal is one of 15 most sustainable states in the world and considered the third most peaceful. It has high living standards and a good economy. It was a founding member of NATO, the Organization for Economic Co-operation and Development (OECD), the European Free Trade Association (EFTA) and the Community of Portuguese Language Countries. It entered the European Economic Community (now the European Union) in 1986 and is one of its most fierce supporters, even having produced a European Commission President.

This beautiful “garden by the sea planted” is a beautiful and rich country, filled with stories to tell in every little city you can find and with many traditions that can be traced back to either the Celts, the Romans, the early Christians or even the Muslims. An open mindset due to its revolution but a Catholic population because of its Reconquista.

I hope this has helped you shed a light on what “is” Portugal, but to truly understand it, you may really have to visit it.

According to a report in the expresso newspaper of December 2, 2022, "to buy the same set of essential products you need to spend...
Activities and Experiences

During the Christmas season, the streets of Lisbon are lit up with Christmas lights, people gather at the best bakeries to buy Bolo Rei...