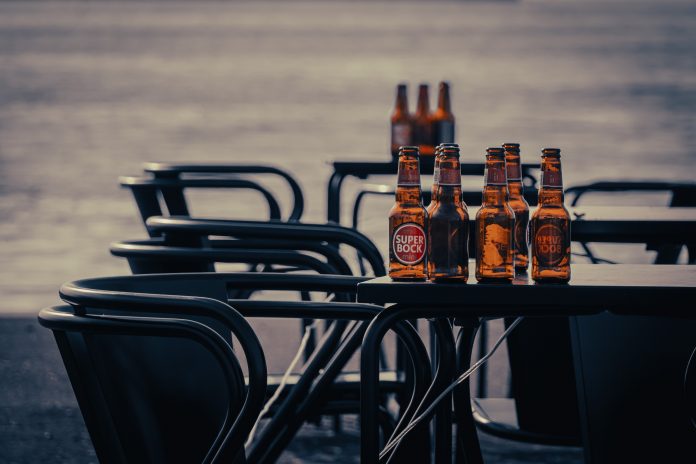 From a mythological point of view, the Lusitanians, which inhabited the Iberian Peninsula hundreds of years before the Kingdom of Portugal was ever born, were originally introduced to beer by Lysias, son of Bacchus. In fact, this Iberian people not only drank it, but also engaged in its production. And, even though Portugal is not a brewing nation as celebrated as Germany, Belgium or the Czech Republic, it must nonetheless be noted that, pretty much like their ancestors, Portuguese men and women do enjoy a nice, cold beer, especially in torrid summer afternoons.

The year of 1834 witnessed the birth of Portugal’s oldest brewery – Fábrica de Cerveja da Trindade – and, two years later, its respective beerhouse – Cervejaria Trindade – also came into existence, built in the canteen of the old Convento da Santíssima Trindade dos Frades Trinos da Redenção dos Cativos (Convent of the Holy Trinity of the Trine Friars of the Redemption of the Captives), which had been originally founded in 1294.

As of now, two brands of beer stand out in the Portuguese market: Sagres and Super Bock. The first one, currently belonging to the Heineken International group, was originally created as a means of representing the Sociedade Central de Cervejas (Central Beer Society) in The Portuguese World Exhibition of 1940, which marked the 800th anniversary of the foundation of Portugal and the 300th anniversary of the Restoration of Independence from Spain. The second one was firstly invented in 1927 by CUFP, restructured and renamed Unicer in 1977, a company whose headquarters are located in Leça do Balio, Matosinhos, District of Porto. Both brands account for 90% of total beer consumption in Portugal, which is around 50 liters – or 13 gallons – per person every year. Besides, Super Bock is the Portuguese beer brand more commonly consumed both nationally and abroad. Other popular beer brands from Portugal include, for instance, Coral and Cristal.

Finally, in the 21st century, and especially during the last decade, craft beer or microbrew has made its way into the hearts of Portuguese people. National microbrewers operate from North to South, producing many types of beer, the most common being stout, ale and lager, and contributing largely to the popularity of craft beer among young adults.

Some of the most renowned craft brewers of Portugal include names such as: Dois Corvos (Two Crows), Oitava Colina (Eighth Hill), Musa (Muse), Lupum, Nortada (North Wind) and Sovina (Miser).

Portugal may not be the leading beer producer in the world – but its beer sure belongs among the best!

Guide to Freelancing in Portugal

The Portuguese capital gets around 4.5 million tourists per year, as well as thousands of remote workers and digital nomads of various lifestyles and...
Business

Guide to Freelancing in Portugal

Freelancers in Portugal have more rights than ever before. From protections such as parental leave and illness allowance, the Social Security system ensures you...
City Guides

Located between the Castle and the River Lis, Leiria is a city in Central Portugal with a population of 128,000 people. Leiria is a...