Looking to find nude beaches in Portugal? You’ll find more than just beaches. From guesthouses, holiday experiences, and a full-blow community, Portugal’s naturism movement has been growing for the past decades. So what is naturism, exactly? It’s not just about getting naked. We all tend to do that from time to time. Naturism, sometimes referred to as nudism, is a way of life that involves non-sexual social nudity. A cultural movement, naturism defends the idea of clothes-free living and living in harmony with nature. Although a single naturist ideology does not exist and people have diverse backgrounds, most advocate for the environment and seek to demystify human nudity. Naturists believe that enjoying nature without clothing is a healthy lifestyle that helps us be in tune with mother earth.

History of Naturism in Portugal

Portugal has a long history of naturism, starting in 1920 with the Portuguese Naturist Society. At this time, nudity was common on beaches in Costa da Caparica. However, by the beginning of the dictatorship, nudity was banned and the naturist movement decline. It moved underground and was only limited to alternative spaces. However, after April 25th and the end of the Estado Novo, the naturist movement reemerged. The FPN then emerged in 1977, the Portuguese Naturist Federation. They struggled to be taken seriously in Portugal at the time. Still, by 1988, after a decade of campaigning, the first Naturist Law was approved in the Portuguese Parliament, essentially recognizing naturism as a practice. Over the past four decades, the FPN has been able to alter laws and recognized 19 beaches as official naturist spots. Naturist tourist accommodations have also been created including Terra Nua and Quinta do Maral.

The Portuguese Naturist Federation has a set of ethics that members commit to complying with when going to naturist spaces such as beaches. The FPN states that naturists should adopt the following:

The FPN states that naturists should NOT do the following:

Praia da Bela Vista is located between the Costa da Caparica and Fonte da Telha, in the municipality of Almada. This was the first naturist beach to be made official by the Portuguese authorities in February of 1995. This beach is popular with the LGBT+ community.

Also located in Almada, Praia d’Adiça became famous for being close to a NATO military base. This beach is great for a short walk as it only extends 1.5 kilometers, but is quite wide. The beach is surrounded by vegetation and is close to Fonte da Telha.

Located in Praia do Meco in Sesimbra this beach is next to a large cliff and one of the most iconic beaches in Portugal. It’s probably the most famous naturist beaches in the country. This beach was originally called Praia do Moinho de Baixo. The beach is also close to fish restaurants and the Setubal district, a great place for an afternoon visit.

Praia do Salto is located in Porto Covo Alentejo, between two large cliffs, giving visitors privacy and shelter from the window. This beach also has a freshwater stream that starts at the entrance of the beach.

Praia dos Alteirinhos is located on the Alentejo coast. A small rocky beach, this beach is quite private and offers a quaint relaxing environment. The beach has a waterfall that falls along the rocks and the large rocks protect visitors from the strong winds. However, you do need to walk through a rough path to get here, which is quite a climb on the way back.

Located in Odeceixe, Praia das Adegas is the northernmost nude beach in the Algarve. This beach is next to Praia do Odeceixe, a beach that Portuguese families frequent. Praia das Adegas is a peaceful beach with large cliffs that is much smaller than the main beach, providing a secluded environment.

Praia do Homem Nu literally translates to “the beach of the naked man”. Also located in Tavira Algarve, this beach has been popular with naturists for over 20 years. This beach is popular with the LGBT+ community, particularly gay men, who travel from other countries to visit. The walk is usually long to this beach, but recently a beach train had been installed to take you there for free.

Praia do Malhão is the most recently recognized nude beach in Portugal, as of 2019. Located in the gorgeous Sudoeste Alentejano National park, this white sandy beach is long and has breathtaking sand dunes. This beach is easily accessible by foot with a short path.

The best places for naturist holidays in Portugal are Algarve and Alentejo, as most nude beaches are located here, as well as accommodations. Now that you know which beaches to explore, let’s take a look at the 5 best naturist guesthouses and accommodation options in Portugal.

VILAPURA is located in the Algarve, close to some of the best nude beaches in Portugal. The property is well-reviewed and features an on-site bar, a pool, a jacuzzi, as well as free use of bicycles. Each room has an air-conditioner and a flat-screen TV. 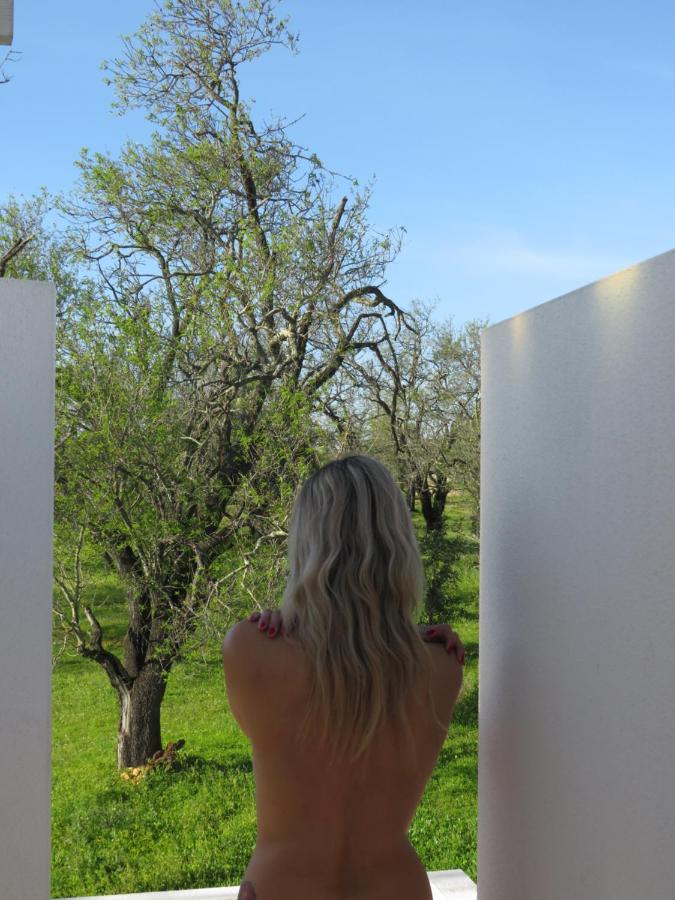 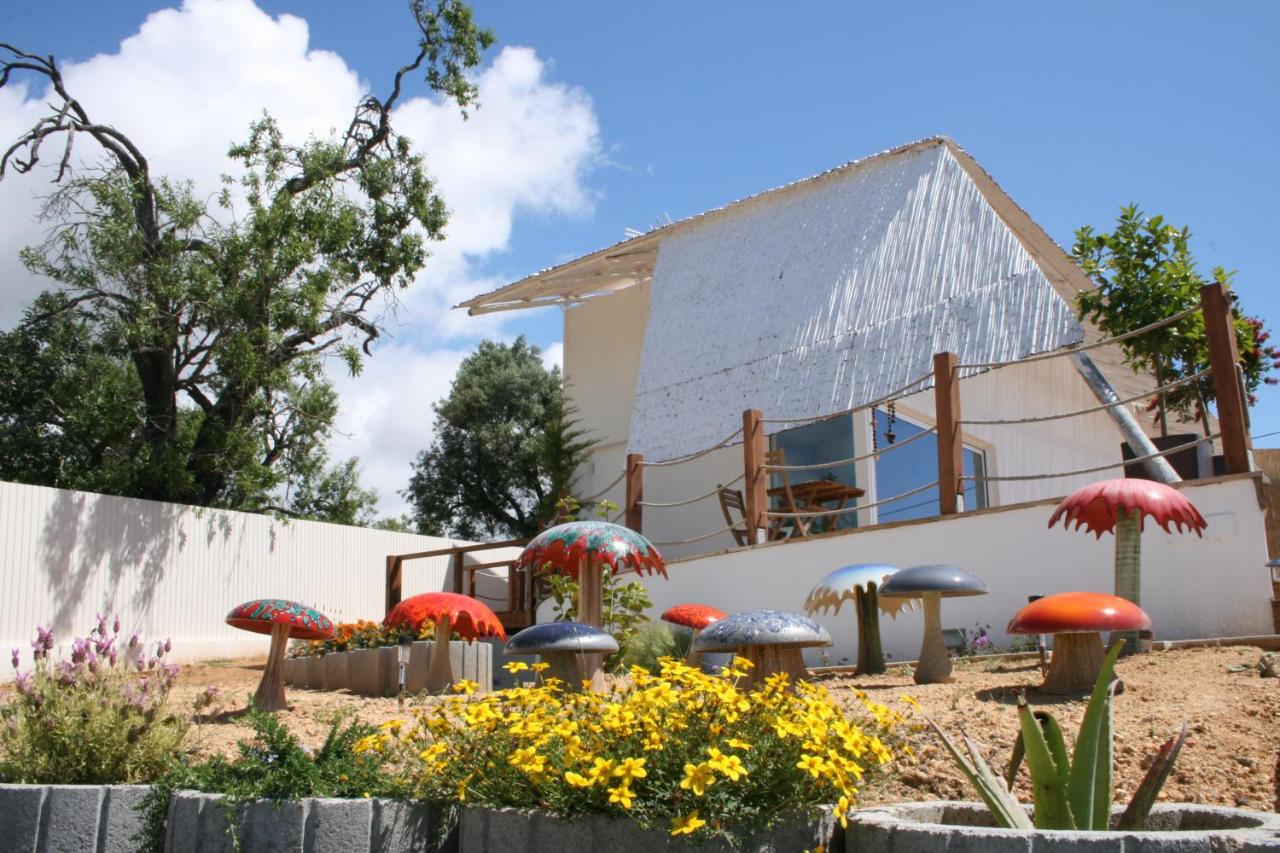 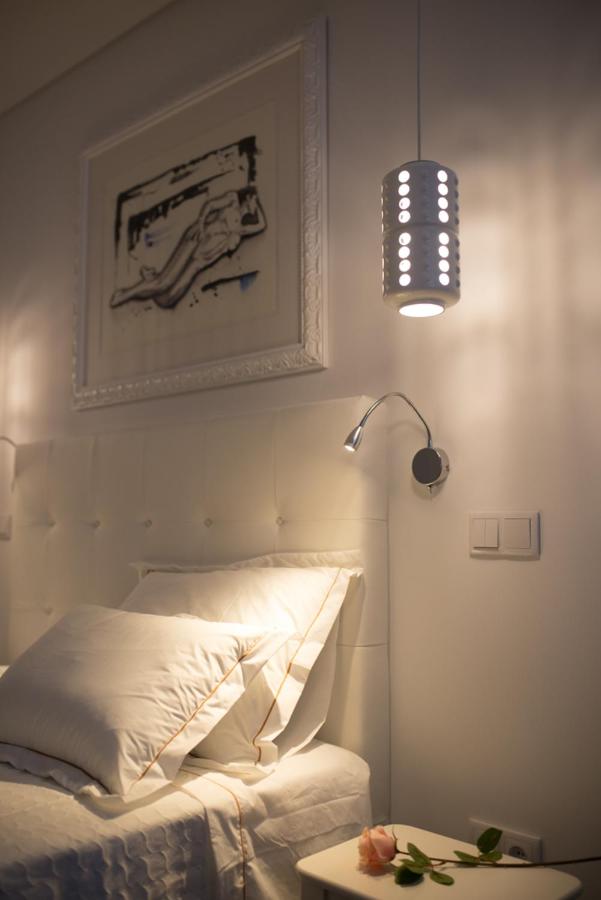 Villa Paraiso is an adults-only property with 5 rooms that is open to naturism. Located in Porches, close to Armação de Pera, this place is a drive away from many naturist beaches in the Algarve. This place has a pool, jacuzzi, and offers a breakfast buffet. Each room has a private bathroom, fridge, and a flat-screen TV. 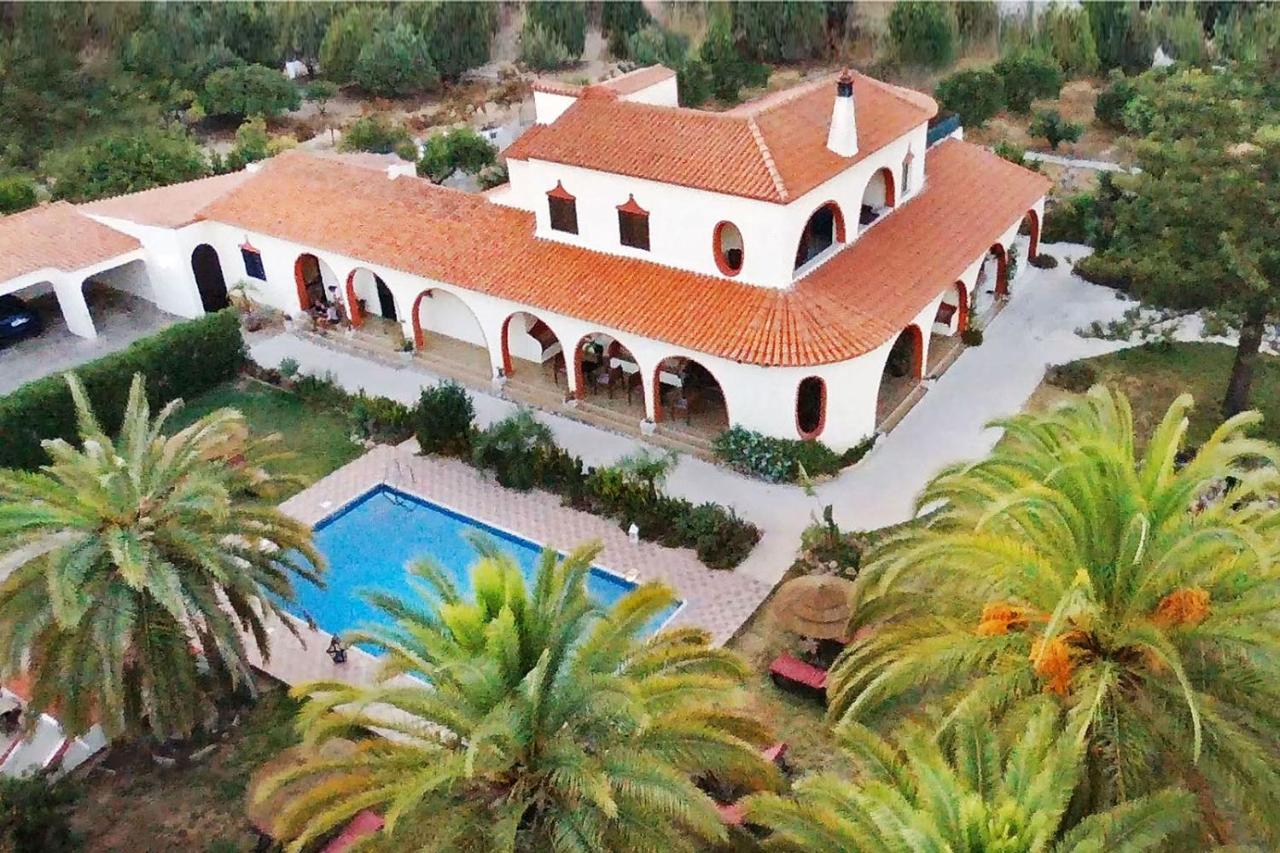 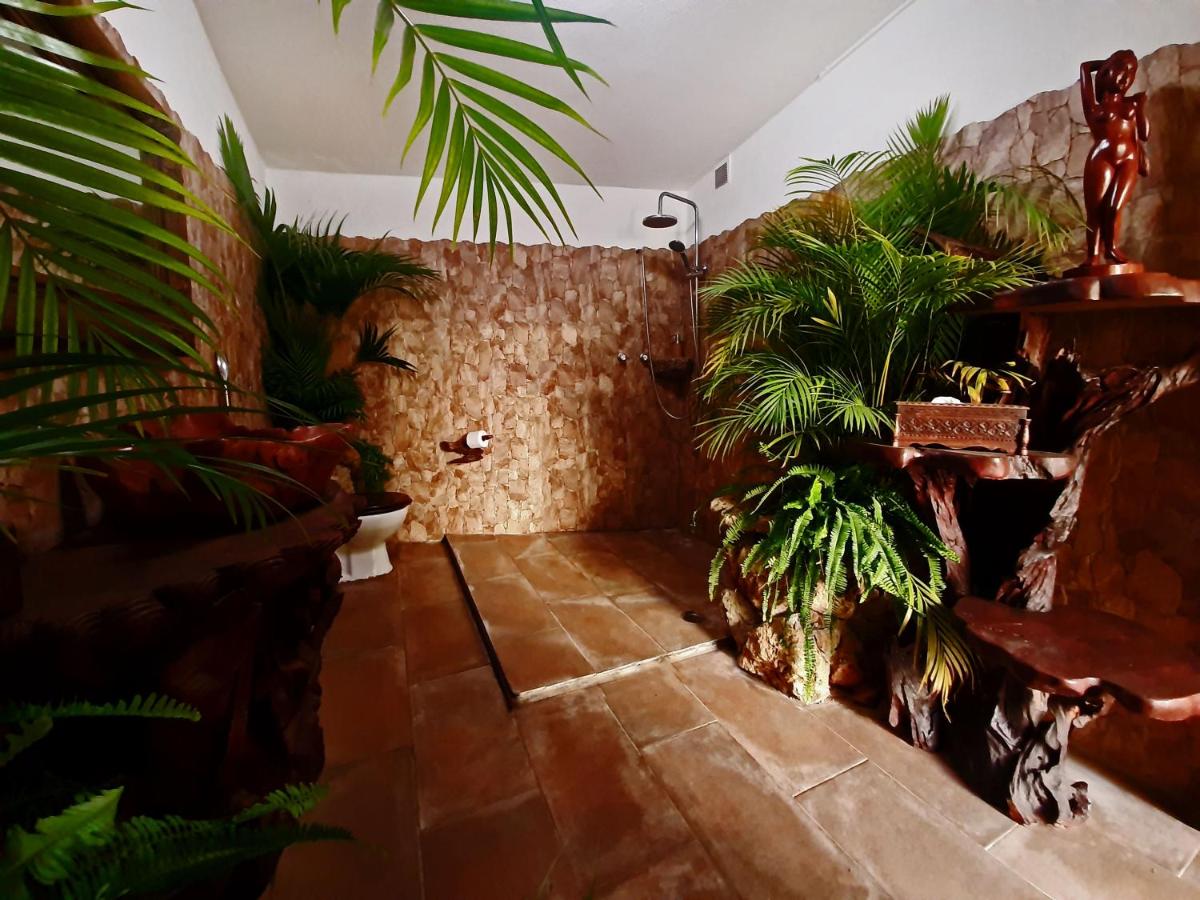 Cabanas de Sol is located in the Algarve and has an outdoor pool, a sauna, a hot tub, and a garden. In a gorgeous wooden chalet, this property offers a naturist getaway with stylish rooms with poolside views. A continental breakfast is included. 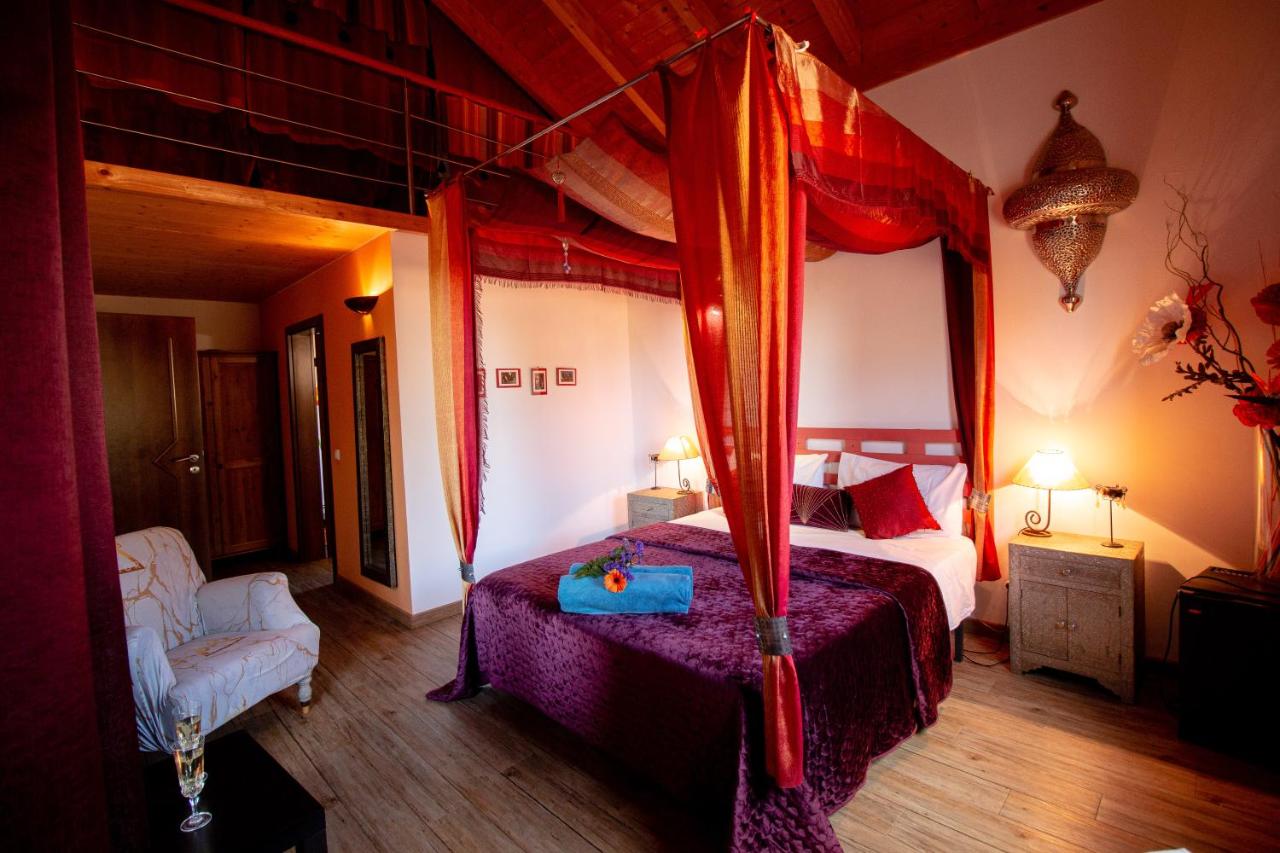 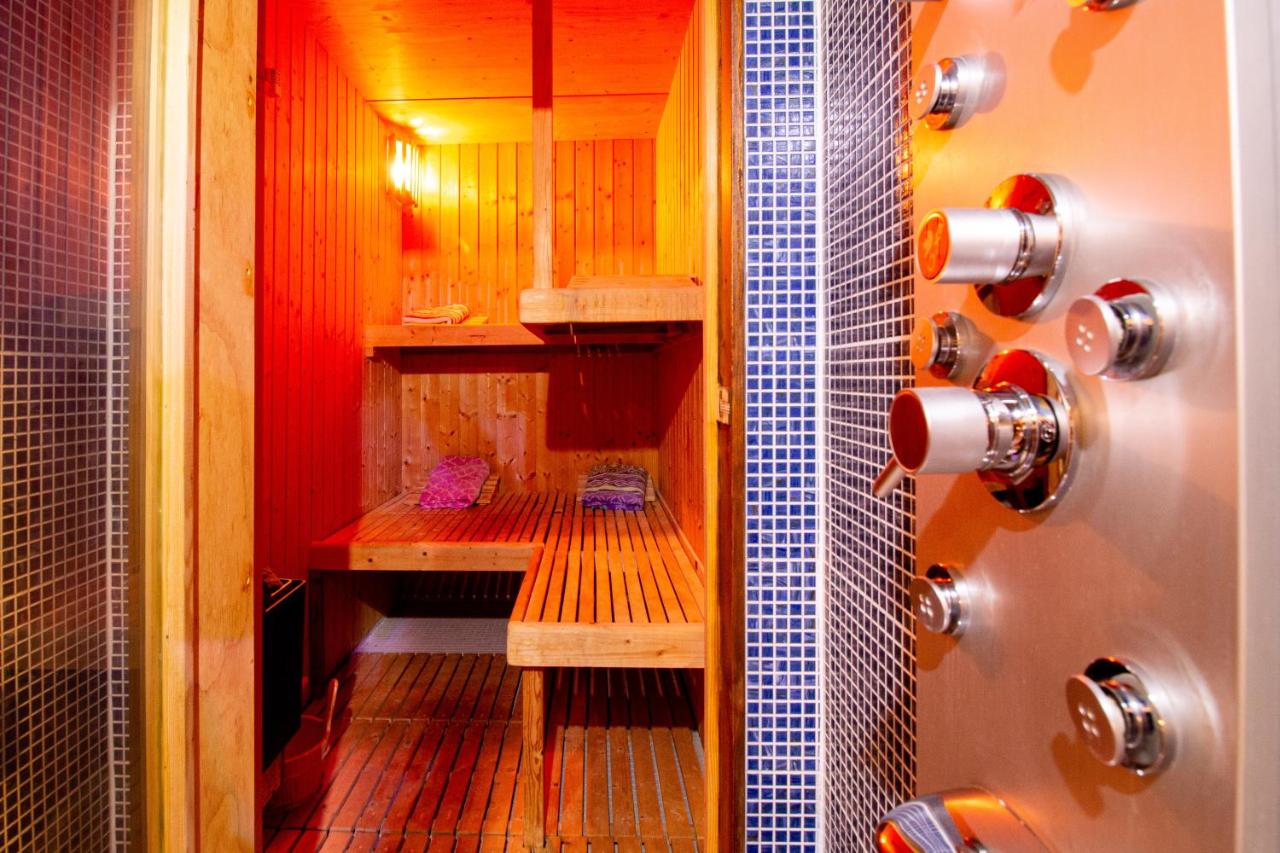 Lua Nova is an experience created by gay men for gay men. They have two locations, one in the Algarve and one in Alentejo, the two top places for naturism in Portugal. The properties are surrounded by nature and allow nudity in the pool area. All rooms are ensuite and have a private balcony.

This place is a naturist campsite in Alentejo with space for both tents and caravans, as well as wooden lodges to rent. The campsite has a pool, sauna, and restaurant for visitors to enjoy. You’ll be close to naturist beaches and be able to bond with a strong naturist community here.

Is being naked in public illegal in Portugal?

Not really. Public nudity is not officially illegal, but it can be an offense if someone feels morally offended and files a compliment. Although this is unlikely, it’s best to keep nudism to certain spaces designated for naturism.

Can I be naked on the beach in Portugal?

You can be completely naked on official nude beaches in Portugal of which there are 9. You will also find beaches where people sunbathe nude that are not officially recognized as naturist beaches by the Portuguese authorities.

Can you be topless at the beach in Portugal?

Topless sunbathing is legal in Portugal. In fact, it’s pretty common. You will see women of all ages topless tanning on beaches (even non-nude and naturist ones). This is socially and culturally acceptable. People will not stare at women topless tanning either. If you are a tourist visiting, make sure to be respectful.

Are there nude beaches in Portugal?

There are 9 nude official beaches in Portugal. These are all recognized by the Portuguese authorities:

Are there gay nude beaches in Portugal?

Not officially, but yes. There are a few nudist beaches in Portugal that are particularly popular with the whole of the LGBT+ community, such as Praia do Meco (Sesimbra) and Praia da Bela Vista (between Costa da Caparica and Fonte da Telha).

What are the best nude beaches in Portugal?